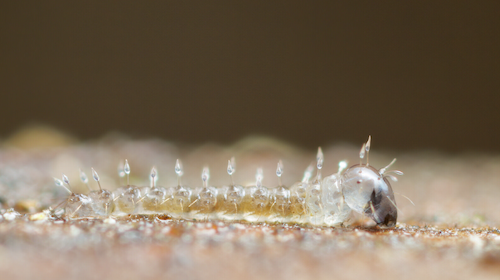 The One Planet Summit for biodiversity took place on Monday. During the virtual event, the 50 countries which make up the High Ambition Coalition for Nature and People (including the UK, France, Canada and others) committed to protecting at least 30% of the planet’s land and oceans by 2030. However, the Summit failed to mention soils directly. The Prince of Wales launched the Terra Carta, with a call for $10bn investment in the natural environment within a year. The initiative aims to put nature at the centre of big business.

The following day ecologist Richard Bardgett, who worked on the UN report on the state of the world’s soil, was interviewed on FRANCE24. He stressed the need to remember that soil is a non-renewable resource being degraded at alarming rates. Whilst the One Planet Summit shows that governments are willing to discuss and are increasingly aware of matters like climate change and soil degradation, these are urgent issues requiring urgent action.

The Oxford Real Farming Conference came to an end on Wednesday. Soil-related workshops and panels took place this week, including on how to tackle excess nitrogen, why farmers should take on the carbon sequestration challenge and how our soil and gut microbiomes are linked. All recorded content will be made available to watch here.

The Food and Agriculture Organisation of the United Nations released the 2020 updates of its dataset on agricultural emissions. Key highlights include that whilst emissions from deforestation have decreased since 2000, those from drainage and fires of organic soils increased by almost 35%.

The UK government has granted an emergency authorisation for an insecticide containing neonicotinoid thiamethoxam, banned by the EU, to combat a sugar beet disease spread by aphids. More than 30 organisations including the RSPB and the Wildlife Trust have written an open letter to the Environment Secretary asking him to keep the ban in place, as the pesticide is lethal to bugs and birds, particularly bees, and residues found in rainwater and soil run-offs will pollute rivers.

New research conducted at the University of Colorado Boulder has revealed that soil degradation costs US corn farmers half a billion dollars every year. This is because one-third of fertilisers applied to the crop is to compensate for the ongoing loss of soil fertility, hence leading to extra costs for farmers.

The Agri-Food and Biosciences Institute (AFBI) has joined 25 institutions from 24 EU countries to deliver a European Joint Programme looking at agricultural soils. The objective of this €80m EU consortium will be to provide sustainable agricultural soil management solutions to contribute to some of the key societal challenges we face, including future food supply and climate change.

A new modelling framework developed at the University of Illinois suggests that completely shifting to no-till practices would reduce soil erosion and sediment yield by more than 70% in the US for high-risk crops such as maize and soya. The modelling framework can help identify the most vulnerable areas to soil erosion to help producers implement sustainable management practices.