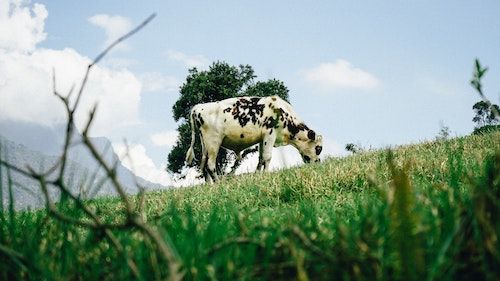 Data the Guardian has obtained through Freedom of Information legislation reveals that the Environment Agency has documented only 243 violations of the Farming Rules for Water since they came into effect in 2018, but did not prosecute any of them. The Rules are aimed at tackling diffuse water pollution from agriculture, which often enters watercourses attached to soil particles. The SSA responded to Defra’s Regulatory Review of the 8 Farming Rules for Water in January 2021, highlighting why awareness of the rules is low and how the rules can be strengthened.

Parliament’s Environmental Audit Committee’s new report Growing Back Better: putting nature and net zero at the heart of our economic recovery was released on Wednesday. Whilst the report acknowledges soil depletion as an issue, the charity Sustain has highlighted that food and farming are missing from the report, meaning MPs have failed to look at some of the biggest polluters and biggest opportunities for a green recovery.

On Monday Farming Today on BBC Radio 4 explored how beef farmers could be paid for building and maintaining healthy soils. They looked at the Regen Network, a company developing a system to monetise carbon captured by farmers through their soils and interviewed a beef farmer in Leicestershire who uses rotational grazing to build soil organic matter and restore life to the soil.

On a similar note, GreenBiz has published a list of measurement tools that attempt to quantify regenerative agriculture. This includes a handheld soil probe to measure carbon levels with VisNIR spectrometry and pressure sensors currently being developed by Yard Stick in partnership with the Soil Health Institute.

Sarah Garry, Executive Officer at the British Society for Soil Science reflects on how the Covid-19 pandemic has changed our attitudes and behaviours towards the natural world and how younger generations are increasingly passionate about halting climate-change and living more sustainable lives. Hence, she argues for the introduction of a  GCSE in Natural History which would include up-to-date teaching on soils, allowing for a better understanding of the impacts soil has on the world around us.

In Estonia, a comprehensive database of the country’s soils and a map application has been completed. The soil information is easily accessible and can be used from local farm-scale to national-wide analysis. The project now allows this information to be accessed for many specialised uses, including forest management, environmental assessments, biodiversity restoration and eco-tourism.

Recent research in the US demonstrates that more than one-third of the Corn Belt in the Midwest, nearly 100 million acres, has lost its carbon-rich topsoil. This would indicate that the US Department of Agriculture has significantly underestimated the true magnitude of farmland erosion.

Researchers in the UK and China have studied the effect of three widely used herbicides (glyphosate, glufosinate and dicamba) on soil bacterial communities and found that a concentration of these can increase the prevalence of antibiotic-resistant bacteria in soil. Further research must be done to fully understand the associated risks for the prevalence of antibiotic resistance genes.