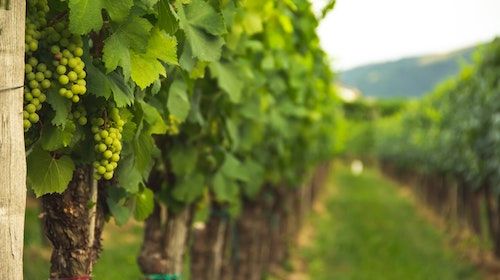 On Wednesday, the Welsh government’s decision to make the whole of Wales a nitrate vulnerable zone (NVZ) was challenged just before the proposals were due to be ratified. NFU Cymru wrote to the government questioning the lawfulness of this plan. However, Senedd members have voted against a Plaid Cymru motion to annul all-Wales NVZ regulations, meaning these regulatory measures to address agricultural pollution in Wales will apply from 1st April and be phased in over the next three and a half years.

Defra has announced that a temporary green watchdog will be established in July to assess government progress against environmental goals. It will set out the Office for Environmental Protection’s (OEP) strategy and enforcement policy. The permanent OEP has been pushed to autumn due to delays in the progress of the Environment Bill.

More than 50 wildlife charities, including the Wildlife and Countryside Link and RSPB, along with activists and celebrities, have signed a letter to the British Prime Minister demanding tougher action on setting a legal target to help reverse rapid nature decline within the next decade. Whilst the government has pledged to protect 30% of land and sea for nature by 2030, the letter calls for this to be enshrined in law.

An article in GreenBiz unravels the complex debates around newly emerging soil carbon offsets. Whilst advocates agree that credits could accelerate the uptake of regenerative agricultural practices to build soil fertility and store carbon, how to establish these markets is currently widely debated. The SSA recently submitted a response to the Department for Business, Energy & Industrial Strategy (BEIS) call for evidence on greenhouse gas removals. We argue for the creation of a soil farm and carbon code and the need for thorough investigation of the various elements that underpin this - both scientific and “business" principles.

Great wine starts with healthy soil biomes. An article in Wine Enthusiasts explains how the role of soil scientists in viticulture has moved beyond that of identifying soil types to learning the role that soil microbes have in vine health and wine quality. Winegrowers must ensure that threats to a soil’s biome and biodiversity are mitigated through the implementation of healthy practices.

In the US, Agriculture Secretary Tom Vilsack has stated that farms can provide “early wins” for the Biden administration’s efforts to counter climate change. He predicts that many farmers will move to sequester carbon in soil and reduce emissions if they are given additional resources, including through existing USDA conservation programs and carbon markets.

A recent study conducted in China demonstrates that the Clean Air Act implemented in recent years has had the unintended but beneficial ‘side effect’ of reducing ambient heavy metals from anthropogenic emissions, which are a primary source of soil pollution. Whilst atmospheric depositions are an important source of heavy metals in the soil, it tends to be neglected.