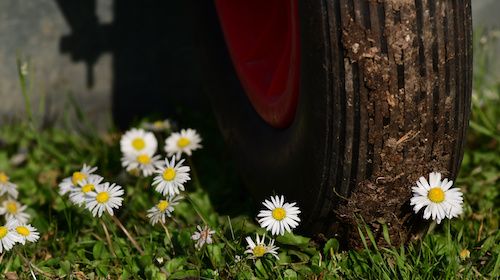 The Food and Farming Countryside Commission have launched their new report ‘Farming Smarter, Investing in our Future’.  They urge the Government to set up an "agroecology bank" to support a transition to agroecological farming which they identify as enabling farmers to grow enough nutritious, affordable and environmentally friendly food for a UK population. This bank should also operate as a research institute to help breach gaps in scientific research vital for a sustainable transition, including topics such as the most effective ways to draw down carbon into the soil.

This year’s ‘30 minute worms’ survey began on Monday and will be running till the end of April. The co-created method helps assess earthworm populations to allow for a nationwide farmland soil health assessment. All farmers are encouraged to share and compare their results through an online portal hosted on the uksoils website. This year, the portal includes an option to add earthworm photos so that participatory soil science expert Jackie Stroud can help identify the species found.

The Royal Horticultural Society (RHS), Britain's largest gardening charity, has committed to going ‘peat-free’ by 2025 and is urging all gardeners across the UK to do the same. The organisation will trial the use of farmed sphagnum moss to replace peat. They also call for government support to find a replacement for the two million cubic metres of peat used.

A pioneering dairy farm in south west Scotland has made 25 years of soil data freely available on their website. In his blog that accompanies the data, farmer David Finlay explains that his ‘open source’ approach is an invitation to scientists to include more practical farming experience in their research. It seeks to address the lack of data available at a practical farm level on the impact of ecological farming on soil organic matter.

On a similar topic, uksoils and the Soil Care Network hosted their second SoilTalks debate on Thursday, 'Be your own soil expert: Opening up soil research to everyone'. The panel discussed what makes for good participatory soil research, how scientists can make best use of their training for land managers and farmers and the value in democratising soil research. The recording of the talk will be available shortly.

A new study has suggested that the ability of soil to absorb and store carbon globally has potentially been overestimated. However, there is a large potential to increase soil carbon storage in grasslands, hence planting trees on them could do more harm than good. The study demonstrates that whilst soils are important for carbon levels, we must continue to reduce greenhouse gas emissions and restore all ecosystems and their ability to tackle both the climate and nature emergencies.

Tesco has decided to leave soil on their potatoes in an attempt to cut down on food waste. According to WRAP, Potatoes are the UK’s single most wasted food at home. During the initial pilots, Tesco discovered that shelf-life for unwashed potatoes nearly doubled. Initial trials of selling unwashed organic white potatoes in Bristol were successful, meaning Tesco will extend this to 262 stores.