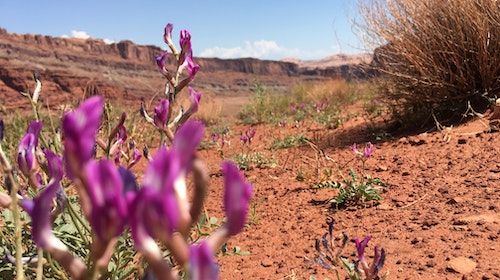 Environment Secretary George Eustice has announced an amendment to the Environment Bill requiring an additional legally binding target for species abundance for 2030, aiming to address the biodiversity crisis. The target, described as the Net Zero equivalent for nature, will apply to England only and will be the first of its kind globally. It was also announced that a Green Paper will be published later in 2021, setting out the protections framework that will help deliver the target and wider domestic ambitions such as protecting 30% of UK land by 2030.

Defra has published the England Peat Action Plan, setting out the government’s long-term vision for the management, protection and restoration of peatlands. This includes the Nature for Climate Peatland Grant Scheme and the phasing out of all amateur uses of peat, such as for gardening and potted plants, by 2024. The Wildlife and Countryside Link has assessed the Plan against their asks, welcoming the announcements made and highlighting the need for binding targets.

The England Trees Action Plan was also published, acknowledging that soils are critical to supporting trees and woodland and its aim to improve our understanding of appropriate soil management to sequester carbon and protect soil from degradation and inappropriate tree establishment. New guidance will be developed to help minimise impacts on peaty soils from tree planting.

An article in the Guardian looks at a 12-year trial in Devon that seeks to understand how silvopasture (farming livestock with trees) may benefit soil, livestock and the climate. The trial involves seven farms in Devon and scientists from Rothamsted Research and the Organic Research Centre, who will be monitoring the impact on soil and animal health and behaviour.

Prof. Bridget Emmett from the UK Centre for Ecology and Hydrology and member of the SSA science panel spoke at the Institution for Environmental Sciences webinar series exploring nature-based solutions and the fundamental role they play in meeting climate ambitions and restoring ecosystems ahead of COP26. She highlighted the need to take action for soil health and soils’ ability to provide many benefits for nature, people and climate. You can watch the webinar here.

US President Joe Biden’s new Civilian Climate Corps (CCC) could help private landowners fight climate change and combat soil erosion by creating private landowner partnerships with the Interior Department and USDA. The main goal of the CCC  is to “mobilize the next generation of conservation and resilience workers and maximize the creation of accessible training opportunities and good jobs”.

A new study highlights the importance of studying subsoil processes and concludes that existing predictive models of the global climate should not simulate the soil microbial response to a warmer world as a unified one. As one of the only studies looking at the entire soil depth profile, it demonstrates that soil microbes at all depths release more CO 2 in warm soils than in their non-warmed counterparts.