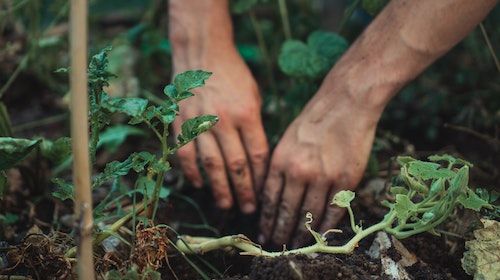 The UK’s Climate Change Committee has published its ‘Advice to Government For The UK’s Third Climate Change Risk Assessment’ (CCRA3) which highlights that actions to improve the nation’s resilience are not keeping pace with the impacts of global heating. Risks to soil health from increased flooding and drought is identified as one of the 8 highest priorities needing to be addressed within the next 5 years.

The UK government has responded to the independent Dasgupta Review on the Economics of Biodiversity published this February. The government states it recognises that healthy soil underpins a range of environmental, economic and societal benefits and that it is considering the potential scope for a soil health action plan in England to help achieve the 25 Year Environment Plan’s commitment for sustainably managed soils by 2030.

Defra has published the latest update to the Outcome Indicator Framework (OIF) of the government's 25 Year Environment Plan. The OIF now reports data for 45 of 66 indicators, including 7 newly reported ones this year. The healthy soils indicator (E7)  falls into the Natural Resources theme and is currently in development.

The UK hosted the G7 Summit over the weekend. A G7 nature legacy project was launched to protect and restore nature across Cornwall, in partnership with Natural England, Cornwall Wildlife Trust and Defra. The project plans to sequester approximately 440,000 tonnes of CO2 through forest growth and wetland restoration, including improved soil conditions.

A Barcelona-based battery company is generating electricity from soil organic matter to create biological batteries that can power agricultural sensors. This new technology can eliminate the need for single-use chemical batteries which need frequent replacing.

New research highlights that trees, plants and soil can help cities cut their carbon footprints if used smartly. The study charted out the lifecycle phases of soils, plants and mulches to determine the considerations needed to create standards for products commonly used in green urban spaces. The aim is to ensure claims of carbon storage are true and eventually have a tool to plan and design urban spaces.

A recent article in Good Housekeeping discusses why it is important to switch to peat free compost when gardening. Only 13% of UK peatlands are now in a near-natural state and according to the RSPB, UK gardeners are responsible for 630,000 tonnes of carbon emissions due to buying peat compost or plants grown in peat.