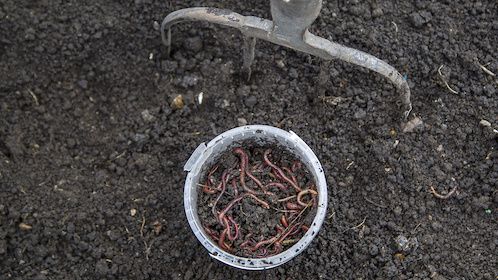 The government has published some new amendments to England's Environment Bill, including one on the governance and maintenance of sites for biodiversity net gain and another on revising the biodiversity metric. The Bill will enter its report stage in the House of Lords on 6th September. The SSA and the Soil Association along with the Game and Wildlife Conservation Trust are urging Peers to support two amendments to ensure soil receives adequate priority within the Environment Bill.

The government is being accused of inflating the figures on the amount of protected land in the UK after a new study led by scientists at the RSPB has found that rather than 28 per cent, only 11 per cent of land is designated for nature conservation in the UK.

The UN’s Food and Agriculture Organization (FAO) has published the outcome document to the Global Symposium on Soil Biodiversity that took place in April this year. The document highlights the scientific evidence on the status of soil biodiversity, its impacts, and an agenda for action to achieve the UN’s Sustainable Development Goals (SDGs) that relate to soil biodiversity.

A study conducted in the US reveals that diverse landscapes could boost crop yields by 20% on a national level. The paper is the first to study the effect of diversity beyond farm level, looking at data on soy, corn and wheat in the US to understand the link between increasing land cover diversity and yields.

An article in the Guardian by David R Montgomery discusses the recent trends in desertification and soil degradation likely to increase in Europe and North America. Montgomery explains how this phenomenon is not only caused by climate change but is also a result of conventional farming methods, and calls for agricultural practices that build-up and maintain soil health in order to reverse this trend.

A recent research paper questions whether earthworm populations can indicate soil quality. The study demonstrates that whilst land can be managed at farm scale to promote earthworm abundance and result in soil processes that deliver ecosystem services, earthworm distributions within a field will remain patchy.

A team of researchers have invented a machine to analyse and treat impoverished soils. The mechanical-biological mobile device is exhibited in the Italian Pavilion at the Venice Biennale and is conceived to study, fertilize and re-naturalize soils that lack their original productive capacity.

A recent blog post on the Global Soil Biodiversity initiative highlights the blind spots in global soil biodiversity and ecosystem function research. It is demonstrated that there is a crucial need to represent the diversity of environmental conditions that can be found worldwide, and proposes a road map that would allow scientists, practitioners and policy-makers to establish global nature conservation priorities for soils.