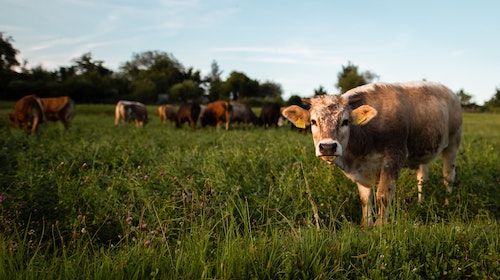 A report by the National Audit Office warns that Defra’s Environmental Land Management Scheme (ELM), the primary mechanism for distributing funding previously paid under the EU’s CAP, is at risk from low levels of farmer support (only 5% of eligible farmers considered piloting the scheme) and lacks detailed objectives. A successful launch of the Sustainable Farming Incentive (the first component of ELM) in 2022 to tens of thousands of farmers will be critical to delivering the intended environmental outcomes.

On a global scale, a recent report by the UN on farm subsidies reveals that almost 90% of the $540bn in global subsidies given to farmers annually are “harmful”: damaging people’s health, fueling the climate crisis, destroying nature and driving inequalities. Qu Dongyu, director general of the UN’s Food and Agriculture Organisation (FAO) hopes this will be a wake-up call for governments to rethink agricultural support schemes.

Further delays are to be expected for England’s Environment Bill, which finished its report stage in the House of Lords on Thursday and will now go back to the House of Commons. The Lords have passed key amendments on matters of significant public interest, including improving soil health. In January 2021 it was announced that Royal Assent would be achieved in time for COP26 in November, which appears unlikely.

The Soil Association has published their new report ‘Saving our Soils’, building on their previous ‘Seven Ways to Save our Soils’, published five years ago. The report calls for seven actions to restore and build soil health, with recommendations for both farmers and the government. The report also includes an assessment of the current UK soils policy by the SSA’s Directors.

The Royal Horticultural Society’s Chelsea Flower Show starting next week will host the first Soil Association approved organic show garden designed by dairy brand Yeo Valley, to highlight how organic principles of soil health and biodiversity play an essential role in tackling the climate and biodiversity crises. The garden hopes to raise awareness and demonstrate how people can help tackle these global crises through their gardens.

Martin Lines, Chair of the Nature-Friendly Farming Network, discusses the importance of building soil health to avoid nutrient loss to comply with water regulations in a recent article in CPM. Lines highlights how England’s 2018 Farming Rules for Water remain poorly communicated to farmers and shares his experience in using cover crops to successfully mitigate the loss of soil nutrients.

A new short film by Eating Better showcases the benefits of regenerative agriculture at the award-winning Eversfield Organic farm. The various regenerative practices carried out are having positive impacts on nature, including soil health and wildlife, as well as creating a profitable business for the farmer. “You need to look after your farm in a way that nurtures the soil” (Mark Bury, Eversfield Organic farm).