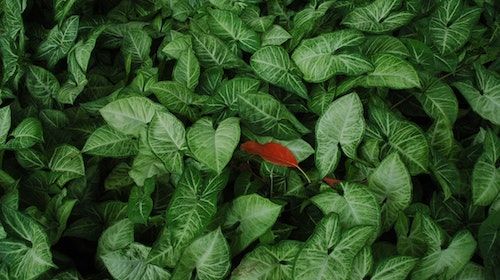 The Environment Agency has submitted their third adaptation report to Defra, issuing a stark warning to the government that England’s environmental regulation is not ready for a changing climate. The impact climate change will have on soil is highlighted, including an increase in soil erosion during wetter winters that will also affect water quality. Improved soil management is presented as an opportunity to help mitigate such negative effects.

The Environment Bill (England) returns to the Commons next week with an important amendment on soil health to be considered. The Soil Association has drafted an email for members of the public to contact their MP to ask them to approve the soil health amendment, which you can find here. The Sustainable Soils Alliance, Soil Association and Game & Wildlife Conservation Trust have also sent a briefing out to MPs urging them to support this critical amendment. You can find out more about why soil should be included in the Bill here.

Natural England has published an evidence review to summarise the social and behavioural science evidence relevant to woodland creation in the farmed environment. The review highlights the importance of trees, woodlands and hedges in the landscape for soil protection and the central role of vegetation and soils in the terrestrial carbon cycle.

Recent research exploring whether farmers have “had enough of experts” when it comes to learning about sustainable soil innovations concluded that farmers were less trusting of traditional “experts”, particularly agricultural researchers from academic and government institutions. The research conducted in the UK and Hungary revealed that farmers placed most trust in other farmers to learn about new soil practices.

The Young Organic Farmer of the Year award was launched this week by the Organic Research Centre. The title was awarded to Devon growers Ashley Wheeler and Kate Norman of Trill Farm Garden for their attention to good soil management, seed sovereignty and boosting their farm’s biodiversity.

Councils in England will be allocated funding for brownfield land development to significantly increase peatland restoration and create more space for nature. The Department for Levelling Up, Housing and Communities (DLUHC) has announced that £57.8 million has been allocated to 53 councils.

The British Society of Soil Science and the International Union of Soil Sciences are accepting abstracts for the 22nd World Congress of Soil Science taking place next summer in Glasgow. ​​Soil science societies and members from around the world are invited to submit their abstracts before 31st October.

The Sustainable Soils Alliance is hiring! We are looking for a Communications and Public Affairs Intern to help monitor and communicate policy relating to one of the emerging, critical environment issues of the age: healthy soil. Find out more and apply here. The application deadline is the 31st October.