At Sectormentor for Soils we’ve been researching the science behind on-farm earthworms in the European Journal of Soil Science, which recently made some fascinating papers open access. We chose four of our favourites from the archive and summarised them. If you’re interested in learning more, all papers in the Journal are available to read at $7 for 48 hours access.

#1: A review of earthworm impact on soil function and ecosystem services

First up, this comprehensive review reminds us of the many reasons why earthworms are farmers’ best friends. We can separate earthworm species into three categories: surface-dwelling worms (epigeic), deep-burrowing worms (anecic) and network-creating worms (endogeic). All three of these worm types play an important role. In their soils earthworms are considered ‘ecosystem engineers’, and they earn this title for several reasons…

First - earthworms actually create soil! Worms feed on leaf litter on the soil surface then bury the organic matter in the soil, allowing it to be mixed, decomposed and eventually incorporated as soil organic carbon within soil aggregates. This same process also allows for nutrient cycling in the soil, which is helped by the soils’ increased surface area due to the networks of earthworm channels. In eating soil and moving it around, worms have even been shown to heal soils that are polluted, by breaking down the contamination.

The presence of earthworms improves soil structure, as the pore network created allows for a higher ‘bulk density’ of stable aggregates. This pore network can also improve plant root penetration, and the water infiltration ability of the soil, by creating space for the water. The increased drainage and the creation of water-stable soil aggregates can also reduce runoff on farms, as well as soil erosion by up to 50%.

As earthworms burrow into the soil and bury organic carbon, they also help the process of carbon sequestration – the locking up of of CO2 from the air into soil organic carbon (SOC) in the soil. But SOC can be re-released again as greenhouse gases, especially when the soil is disturbed during ploughing. The process of building up carbon in the soil is complex, and varies depending on how much organic matter is available to the worms on the soil surface.

When we've been out doing earthworm counts with farmers to monitor their soils’ health we often find the most worms in fields planted with diverse herbal leys which have lots of different plants and rooting depths. It seems plant diversity provides plenty of organic matter which keeps our wiggly friends very happy indeed.

Considering all these earthworm endeavours going on beneath our feet, it’s unsurprising that this paper finishes by reporting that the presence of earthworms has been widely shown to improve the growth of plants above ground. It’s clear why they’re considered the engineers of their ecosystem! 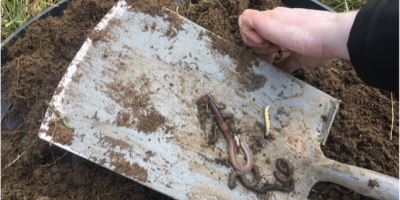 #2: Effects of different methods of cultivation and direct drilling, & disposal of straw residues, on populations of earthworms

This paper makes some really interesting conclusions about the effects of cultivation on earthworms in topsoil. The number of earthworms was tested over four years on direct-drilled fields that were sprayed with herbicide before planting, and ploughed fields (of varying soil types). They found earthworm populations were consistently greater in the direct-drilled soils compared with ploughed soils, although deep-burrowing species were affected similarly in both treatments.

The effect of spreading mulch on the fields compared to burning straw residue was also tested, and it was found (unsurprisingly) that earthworm populations were greater in fields where straw residue was spread rather than burned, particularly in surface-feeding species. This surface debris becomes an important food source for worms, rendering their diet more stable.

It is also suggested that the extra earthworm channels created under no-till soils may help to reduce compaction in the soil, as well as distributing organic matter and facilitating drainage. The reduction in compaction is also likely due to increased plant root penetration within worm channels.

Many of the Sectormentor for Soils farming community use the three key tenets of regenerative agriculture to guide their farm management: namely, maintaining soil cover, minimising soil disturbance and diversifying crop rotations. This paper presents clear scientific evidence of the positive influence of minimal cultivation and soil cover (as mulch) on the earthworm community and, as we learnt in the first review paper, earthworms have a significant influence on the health of soils. All the more reason to farm with a regenerative approach and encourage our earthworm friends.

#3: The impact of soil carbon management on soil macropore structure: A comparison of two apple orchard systems in New Zealand

When testing for earthworm populations, the researchers consistently found more earthworms in the organic soil compared with the conventional soil. They also reconstructed the 3D ‘macroporosity’ structure of both soils using X-rays, and again found greater macroporosity within the organic compared to the conventional soil. This isn’t a coincidence! Macroporosity is defined as the network of pores with a diameter of over 0.3 mm in the soil, and earthworms are known to create these kinds of channels.

The study then found that the organic orchard had a 32% greater SOC content than the conventional soils, which was likely linked to the increased macroporosity from earthworm channels - where carbon sequestration and soil aggregate stability have been shown to increase.

Denitrification rates are known to increase in anoxic, water-logged soils, leading to increased emissions of N20, a gas that contributes to climate change. Macroporosity reduces denitrification in the soil, by allowing oxygen to penetrate into the topsoil and reducing the chances of water logging. It’s amazing to see evidence of how organic techniques allow earthworms to flourish, and how positive their presence is in orchard soils. 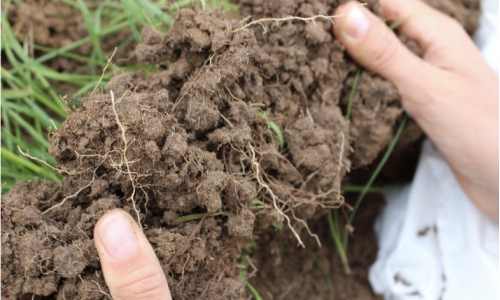 Here, the effect of different earthworm communities on the amount of soil carbon (within dung applications) shifted into the soil was examined. Researchers tracked the process by labelling the carbon with isotope tracing, a clever technique that gives a really specific picture of where exactly the carbon is moving to. The three main earthworm types mentioned earlier were tested in different treatments: epigeic, anecic, and endogeic.

First, the researchers found that with increasing inputs of dung, the abundance of earthworms tested also increased, presumably because the worms had a more consistent food source in these pots and could flourish. Most of the tracked carbon was found in the soils top layer (0-75mm), although when the earthworm population included deep-burrowing (anecic) earthworms carbon from dung was often found at depths of up to 300mm - demonstrating just how effective these worms are at burrowing materials from the soil surface into its lower levels. The most successful treatments (with the greatest flow of dung shifted into SOC) were those with all three types of earthworms present. So, a diverse population of worms is necessary for optimal dung break down into soils.

In pasture soils, therefore, dung left by livestock can contribute to increased earthworm populations, as well as increasing SOC. This is important for the soils’ nutrient supply, as well as helping to lock up CO2 from the atmosphere. In conventionally-grazed systems, the quantity of dung deposited per hectare is less than the amount used in this study - but it’s interesting to think about how this research adds to the evidence supporting mob-grazing systems, where livestock graze fields more intensively and more manure is deposited per hectare as the stock moves through. With more manure available, there is the potential for enhanced earthworm populations and increased SOC content as more organic matter can be pulled into the soil.

Sectormentor for Soils believe earthworms are one of the best indicators of soil health. If you do nothing else, go and dig holes looking for earthworms (at the right time of year)! Regular worm counts on land under different types of management give a greater understanding of soil health and how well the worms are engineering a good environment below ground to nourish plants above ground. Sectormentor has a handy smartphone app which makes it easy to record earthworm numbers in the field and look back at how they change over time. 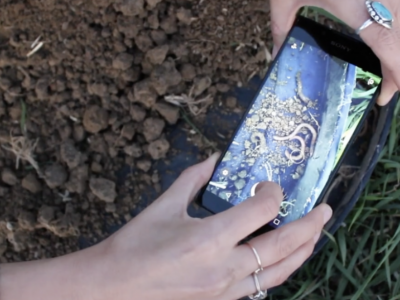 2) Barnes, B. and Ellis, F. (1979). Effects of different methods of cultivation and direct drilling, and disposal of straw residues, on populations of earthworms. European Journal of Soil Science, 30(4), pp.669-679.