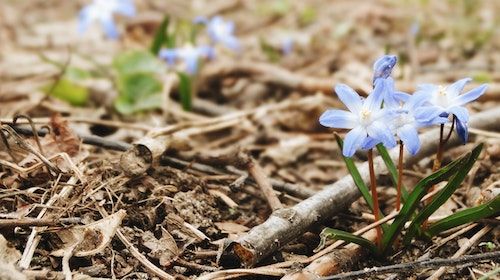 On Thursday, a UK coalition led by the Sustainable Food Trust launched the Global Farm Metric (GFM), an internationally recognised framework for measuring the sustainability of farms. The GFM measures social, economic and environmental impacts in a common way that is compatible with existing assurance and certifications schemes. The key metrics for soil are soil organic matter, structure and infiltration rate, and biodiversity (earthworms).

The EU Parliament adopted a resolution on soil protection on Wednesday, calling for the EU commission to establish a strong legal framework to protect soil with clear objectives and measures. In 2006, an attempt at setting up an EU framework for soil protection was supported by the European Parliament but was blocked by a minority of Member States.

The Nature Friendly Farming Network (NFFN) Scotland has called for the Scottish political parties to commit to five key measures to encourage nature-friendly farming to help save the planet and boost Scotland's Covid recovery. These include providing the public and farmers with education, support and training about the role of healthy soils and provide “public money for public good” to ensure environmental benefit.

The European Commission has published a report looking at how to set up and implement carbon farming in the EU. It reviewed existing schemes that reward climate-related benefits, including maintaining and enhancing soil organic carbon on mineral soils and managing soil organic carbon on grasslands. It concludes that result-based carbon farming can significantly contribute to the EU’s efforts to tackle climate change.

On a similar topic, an article published in Reuters this week explores the barriers farmers face to participate in emerging US soil carbon programs. Barriers include high costs of measuring and verifying soil carbon credits. Whilst the recent Microsoft purchase of carbon credits shows buyers are willing to pay for high-quality credits, farmers need help covering costs to ensure their efforts are worthwhile.

A new report from New Economics Foundation concludes that local food retailers selling food from climate-friendly farmers generate greater value for those eating and growing the food and have positive impacts on wildlife, biodiversity and soil health. The evaluation suggests that for every £1 spent by customers on veg box schemes or farmers’ markets, a further £3.70 is generated in social, economic and environmental value.

A recent paper critically discusses the emphasis of the concept of soil health and the recommendation to use action-based payments as the main agri-environmental policy instrument for soil protection. It calls for using soil functions as a richer and more established concept and proposes a hybrid model-based scheme that addresses the limitations of action-based payments and result-based payments.

A new episode of Earthrise on Al Jazeera entitled ‘Fixing the Food Cycle’ aired on Wednesday. The show explored two initiatives in Kenya and South Korea to redress some of the imbalances in our global food system. In Kenya, the presenters met the smallholders working with soil scientists to restore degraded land while improving yields.