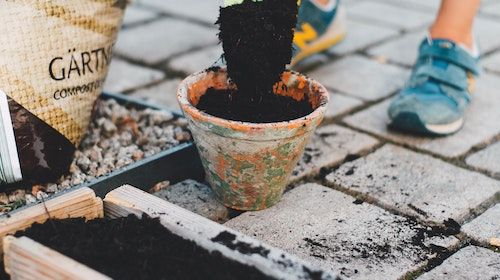 England’s delayed Environment Bill made its third return to parliament on Wednesday. The government voted down amendments that would have strengthened the powers of the new environmental watchdog, the Office for Environment Protection (OEP), and expanded protections for habitats.

The government’s conservation watchdog, Natural England, will receive a 47% increase in government funding this year to support a “green recovery” and provide environmental scrutiny. This comes after a decade of funding cuts which left the agency depleted. Natural England will also be helping Defra with its Environment Land Management (ELM) scheme, the post-Brexit support for farmers that will pay them for providing environmental services.

This week, EU negotiators have been working on reforms to the Common Agricultural Policy (CAP), which will be given a third of the EU's 2021-2027 budget. New rules will be starting from 2023. The EU plans to introduce new reforms to halt the decline of small scale farms and align agriculture with the EU's target of zero net emissions by 2050. A recent analysis conducted by the Guardian has shown an intensification in farming across the EU as a result of previous policies in CAP.

The UK’s first carbon mapping service is now available to farmers. The technology, Terramap Carbon, is capable of providing an accurate baseline measure of soil carbon levels. This will help drive farm productivity by indicating the most efficient method to reduce a farm’s carbon emissions. The service is available to growers for £35/ha, suggested for use once every five years.

A £30m project funded by UK Research and Innovation will test ways of removing climate-heating emissions through trees, peat, rock chips and charcoal. Trials will be conducted over 100 hectares, making it one of the biggest trials in the world. This includes rock chips that absorb CO2 as they break down in soil being tested on farms in Devon, Hertfordshire and mid-Wales.

An article in Farmers Weekly focuses on a Norfolk farming estate making improvements to soil health a top priority as it prepares for the phasing out of the EU Basic Payment Scheme (BPS) by 2028. The owner Chris Allhusen believes focusing on soil will create a more resilient farming system, using long rotations, reduced cultivations and cover crops to improve his arable soils which were becoming degraded.

Experiments being carried out on 11.5 hectares of former farmland in Carmarthenshire, Wales, suggest that soil microbe transplants could improve tree growth and remove more CO2. Soil microbes and mycorrhizal fungi from a nearby established forest were used to kickstart the sapling growth of 25,000 trees, which has the potential to increase the amount of carbon that will be locked up in the trees’ stems and the soil.

The UN Food and Agriculture Organization (FAO) has published a collection of 10 stories to let children discover soil and its inhabitants. This includes the best entries received from a children's book contest on Soil Biodiversity launched by the FAO, the International Union of Soil Sciences (IUSS), and the Global Soil Partnership (GSP) on World Soil Day 2020.