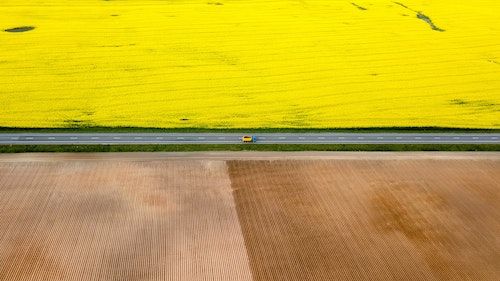 Defra has published a progress update for its Agricultural Transition Plan following the Secretary of State for Environment, Food and Rural Affairs George Eustice’s speech at the Cereals Event on Wednesday. This included the announcement that the Sustainable Farming Incentive payments for 2022 soil standards will be from £21-70/ha, 30% higher than the EU model. The final versions of the two soil standards will be published in November 2021.

The Environment Audit Committee published their report on ‘Biodiversity in the UK: bloom or bust?’ with recommendations to the Government who will have two months to respond. The committee states that a shadow target for soil health should be established urgently and a legally-binding target for soil health should be established as soon as monitoring data allows. The SSA have been helping Defra develop such a target in collaboration with UKCEH and the Environment Agency, and hope to be able to share more news on this in the coming months.

Two similar amendments (amendments 110 and 112) to the Environment Bill concerning soil were debated in the House of Lords on Wednesday. Both relate to the meaning of “natural environment” in the Bill, which as it stands does not include “soil”. Amendment 110 moved by the Earl of Caithness was withdrawn after debate and no decision was taken on it.

The UN has called on countries to meet the commitment to restore at least one billion hectares of degraded land in the next decade in a recent report ‘Becoming #GenerationRestoration: Ecosystem Restoration for People, Nature and Climate’. The report also suggests that every $1 invested in soil restoration creates up to $30 in economic benefits.

The New Economics Foundation has published a new report ‘Credit where Due’ on how to finance a just transition to agroecology in the aftermath of Brexit. They align with the recommendation of the Food, Farming and Countryside Commission calling for an agroecological development bank and urge Defra to ensure their Environmental Land Management scheme supports farmers in delivering positive outcomes such as increasing soil carbon.

Twenty seven environmental charities led by the Wildlife and Countryside Link have written to major retailers, challenging them to end the sale of peat-based compost ahead of global climate and nature talks this year.

British-American fashion model Arizona Muse has launched a new biodynamic farming charity called Dirt as she hopes to “make soil sexy”. The charity’s mission will be to promote biodynamic farming, taking a holistic approach to agriculture including nourishing the soil with compost and crop rotations.

New researchhas studied an array of soil erosion data in European Russia, concluding that soil erosion and river sediment load in the aforementioned region has significantly decreased throughout the post-Soviet period. The research shows there is a complex intertwining between negative socio-economic developments and environmental conditions.