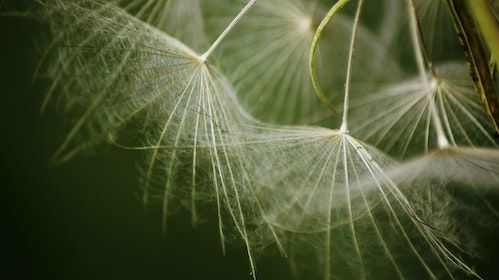 The educational film This Good Earth premiered yesterday, directed by Robert Golden, a multi-award-winning photographer and filmmaker. The film focuses on the UK and is divided into three sections covering soil, land and food. The hard-hitting story of people and the planet is told by farmers, bakers, doctors, scientists, health officials and leading experts on food security, human rights and justice.

The Our World in Data project investigated the figures behind the often-cited statistic that the world only has 60 harvests left because of soil erosion. It concluded that whilst the figure is not correct, soil erosion is a problem and that there is a need to promote better agricultural practices. The agricultural practices that are most effective will be location-specific.

ENDS have analysed data from the Environment Agency and revealed that there are 1,287 old landfill sites across England and Wales containing hazardous waste. These could pose a risk to human health and the environment if the waste was to escape into surrounding soil, vegetation and air. 35% of the hazardous sites lie under green spaces and 21% lie beneath farmland.

This week the Gaia Foundation celebrated Seed Week, sharing online events, films and articles from seed growers who produce organic, open-pollinated seed, to support a biodiverse and ecological seed system in Britain and Ireland. This included the release of the short film on farmers in the Llafur Ni (Our Grains) network bringing the rare welsh black oat back from the brink.

The UN Food and Agriculture Organisation's Global Soil Partnership have launched SoiLEX, a global database on national soil legislation. It aims to facilitate access to existing legal instruments and bridge the gap between soil stakeholders. This is a step towards advancing soil protection in national programmes which will help achieve the UN’s Sustainable Development Goals.

Several species of antibiotic-producing organisms have been discovered by scientists in ancient Irish soils previously used in Irish folk medicine. This research refutes the idea that the original sources of antibiotics have been largely exhausted.

In a recent news article, Prof. Loren Byrne, an expert on urban soil ecology who contributed a chapter about urban soils to the UN 2020 report, State of Knowledge of Soil Biodiversity, highlights how urban habitat types are often perennial. As they do not face the same level of annual disturbance as agricultural fields, urban soils have the potential of being rich habitats if they weren’t too often overlooked, compacted, trampled and over fertilised.

A team of scientists at Purdue University have found evidence that modern tomatoes are more sensitive to foliar diseases because they have lost their ability to benefit from soil microbes. Researchers now hope to identify the wild-type tomato genes responsible for soil microbe interactions and reintroduce them to modern varieties, to cut down on the number of pesticides they require for protection.