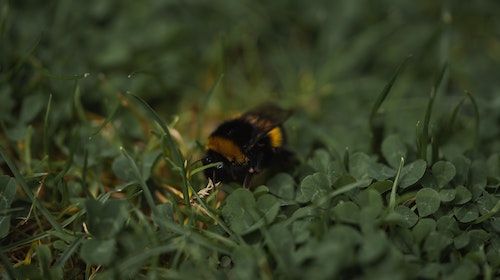 On Wednesday, Defra published its plans to pilot and launch the Sustainable Farming Initiative. This is the first of three pilot schemes being considered as a step towards finalising England’s overarching post-Brexit Environmental Land Management scheme. Farmers currently receiving payments under the Basic Payments Scheme will be able to apply for the Sustainable Farming Incentive starting mid-2022. The new scheme will recognise the value of certain natural assets that were dubbed ‘ineligible features’ by the EU’s Common Agricultural Policy.

Starting from October 2021, Defra will pilot some of what will be included in the full Sustainable Farming Incentive scheme. In the first phase of piloting, participants will select from an initial set of eight standards to build their own agreements, two of which are directly concerned with maintaining and improving soil condition and structure: Arable and horticultural soils standards and Improved grassland soils standards.

In light of International Women’s Day on Monday, the Soil System Sciences Division of the European Geosciences Union (EGU) published a blog on ‘Gender Equity in (Soil) Science’. The blog highlights that despite holding nearly half of the advanced soil science degrees, women only represent 24% of the soil scientists in academic faculty positions in the US. Whilst comparable data for Europe is lacking, a similar “leaky pipeline” is visible across disciplines and EU countries.

A short film, ‘From the Ground Up’, has been released, sharing the experience of five commercial farmers from the Cambridgeshire region at different stages of their journey to regenerate their soil health. The film is based on research carried out by Carbon Neutral Cambridge and explores how these farmers are adapting their farming practices to help cut carbon and double nature.

On Wednesday, Defra published a draft statement in which they reduce the number of environmental principles that ministers must consider when making policy decisions down to five. These remaining five will be underpinned in the delayed Environment Bill rather than included in it. The government has decided to consult on the principles separately and produce a stand-alone policy statement.

Researchers from the University of Guelph have found that the behaviour and reproduction of ground-nesting bees are severely impacted when soils are treated with neonicotinoid insecticide. The fact that bees could be exposed to pesticides whilst nesting in soil had not been given much attention previously. Last week, the UK’s government announced that the plan to re-introduce neonicotinoid pesticides in England this year will no longer be going ahead.

The online soil community hub uksoils and the Soil Care Network have recently launched ‘SoilTalks’, a new monthly online series of debates on hot soil topics. The recording for the first debate, ‘60 Harvests Left: True, False or Missing the Point?’ is now available to watch online. The panellists discussed this often-cited claim, questioning whether this is the right question to ask and how we can come to understand the role humans have in restoring the planet’s soils. The next debate will be announced shortly.