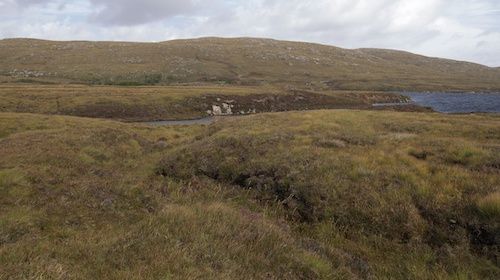 The Peat Free April campaign has begun, and garden centers have been faced with scrutiny in regards to selling compost containing peat, hence contributing to the destruction of a vital habitat and carbon sink. A Wildlife Trusts survey has revealed that only one of 20 retailers they contacted said it would eliminate peat from its shelves this year. On Tuesday, Co-op introduced a ban on peat-based compost and will work with the horticulture firm Westland to introduce more sustainable compost across its stores.

Writing in The Telegraph, Ian Botham has called for a coalition of river users to combat agricultural pollution and hold the government to account for meeting its environmental targets. Among his calls is one for the re-engineering of our urban landscapes to make them more permeable, so that floodwater sinks into the earth rather than being funnelled into storm drains which overflow, bringing sewage with them.

There are strong indications that the House of Lords will shortly convene a new committee on the Environment and Climate Change. It will replace the Lords’ EU Environment Sub-Committee, which ceased business earlier this year. Its inaugural chair will be a Liberal Democrat peer, former district councillor and animal welfare advocate Baroness Kate Parminter.

The Environment Agency has released a new video with their soils technical specialist, Dr Richard Smith, showing a typical soil erosion incident in the South West of England. The video hopes to raise awareness and understanding of the problems and challenges farmers face as they work in difficult conditions, both with economic pressure and very wet weather.

A new paper by soil scientist David S. Powlson from Rothamsted Research questions whether “soil health” is meaningful as a scientific concept or as terminology. He highlights his reservations on soil health as an “overarching principle”, but also argues that soil health has real value as a way of communication between soil scientists and non‐specialists, particularly with policymakers and politicians.

Researchers from the Boyce Thompson Institute (BTI) have discovered a group of bacteria that may help plants and fungi acquire soil nutrients. Such findings could lead to finding cost-effective and eco-friendly methods to enrich soils and improve crop yields, with the effect of reducing farmers’ reliance on artificial fertilizers.

This week on Feed, a food system podcast by Table, environmental geographer Jamie Lorimer explored the Probiotic Planet. He explains how the tiniest of actors, microbes, can have a huge impact on larger systems. He highlights the importance of soil microbial activity and the importance of thinking more seriously about soil health.

Ecologists in Northern California are using fungi to detoxify soil and water after wildfires. Researchers are conducting an experiment in burn zones along high-risk waterways, where burned and melted plastics, metals, electronics, and building materials have left behind toxic ash. The research seeks to see how fungi can filter and break down these toxins in soils and water.