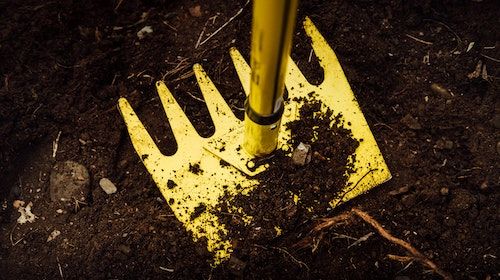 The Woodland Trust released a report on the ‘State of the UK’s Woods and Trees’, revealing that only 7% of native woodlands are in good condition. The report also identifies the potential in agroforestry to restore healthy soils, water and wildlife in the UK and that currently less than 30% of woodland owners and agents survey their soil type. This highlights a need for better planning for resilient woodlands.

NFU Cymru is planning to launch a legal challenge against the Welsh government over the new regulations aimed at protecting water quality by controlling agricultural pollution. These rules came into force at the beginning of April and restrict farmers from spreading slurry and fertilisers on their land at certain times of the year. The Union is disappointed by the lack of support offered to farmers to allow them to comply with these regulations.

A team of researchers at the James Hutton Institute have launched a new mobile app to provide farmers, land managers and the public with a quick, easy way to learn about soil erosion in Scotland. Users can also contribute their own records and images, which will improve our current understanding and be shareable with other users of the app.

A recent study points to the need to increase legume cultivation in Europe to contribute to the farm and diet sustainability goals of the European Union's Farm to Fork strategy. Incorporating legumes in crop rotations will allow farmers to cut their usage of synthetic nitrogen fertilisers by improving their soil health.  Crops rotated with legumes were also found to have higher nutritional density.

A new report from the Scottish Suckler Beef Climate Change Group, a farmer-led group focusing on how the modern suckler-based beef industry could play a role in farming's efforts to become a net-zero business, places improving soil health as a key means of achieving this. It aims to encourage participating businesses to improve the health of their soil through better management of soil acidity, soil organic matter and carbon levels, by preserving or restoring good soil structure and enhancing microbial activity.

A study conducted for the Science for Environment Policy issue explores how to assess and monitor soil multifunctionality across Europe using soil, land management and climate data. The study aims to inform agri-environmental policies on a realistic approach to optimising soil health and functionality in a variety of climate, management and land-use conditions.

A recent piece in the New York Times discusses a small study that suggests that soil microbes may play a role in the ring-like grass formations in parts of Australia’s wilderness. These “fairy circles” could be the result of microbes living in the soil rendering the soil within the ring hostile to new seedlings and the soil beyond the ring hospitable.