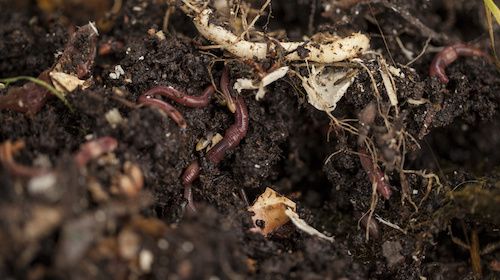 Environment Minister Rebecca Pow has announced that the legally binding targets the government must adhere to for biodiversity, air pollution, water quality and resource efficiency as set out in the Environment Bill are in the process of being developed for October 2022. The Minister also stated that Defra would be making several announcements in May, including a new Plant for the Planet project in the lead up to the COP26 UN Climate Change Conference in November.

Defra has launched its Nature for Climate Peatland Restoration Grants scheme. The scheme provides funding to restore peatlands in the uplands and lowlands of England and will run till 2025. The scheme is open to environmental groups, local authorities, charities, public bodies, individual landowners and organisations. Defra has also published guidance for the heather and grass burning licensing scheme.

A study published on Tuesday warns that vital soil organisms are being harmed by pesticides. The review of nearly 400 studies on the effects of pesticides on non-target invertebrates that live in soil revealed that 71% of the tested parameters showed negative effects from pesticide exposure. This has raised significant concerns as these invertebrates are essential for biodiversity, soil health, and carbon sequestration.

The Society for Environment has released a Soils and Stones report, looking at challenges and opportunities for professionals working across construction, forestry, engineering and agricultural management. The report highlights good practice for professionals working with soil and stones and calls for urgent action to protect them. You can watch or rewatch the launch event here.

A recent study explores the role of soil in the making of authoritarian regimes. Looking at North Libya under Italian Fascist rule (1922–1943) and Central Brazil during the civil-military dictatorship (1964–1985), it argues that attempts at landscape transformations through agricultural activity and strategies of fertilization are frequent features of dictatorships, and elaborates the concept of “authoritarian soil.”

An article in Wicked Leeks reports on two woolly pigs helping a rewilding project in Devon. These Hungarian Mangalitsa pigs have been selected for their natural tendencies to uproot the ground and soil which can accelerate the regeneration of wildlife. They create a ‘seed bed’ for plants to germinate and plant species can spread more rapidly.

Finally, we have just released the SSA Spring Newsletter, where you can find the SSA’s most recent updates on various projects including our work on a soil structure target, soil carbon, soil quality indicators and more. If you are not already subscribed to our mailing list, you can find an online copy here.