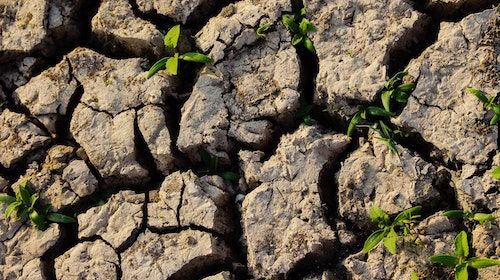 This week Defra published more details regarding its Sustainable Farming Incentive pilot, including the overview and intended outcomes of the 8 standards and how to apply. More information on eligibility and payments has been published for all standards including the arable and horticultural soils standard and improved grassland soils standard. The SSA is currently analysing how the SFI standards will deliver results for soil health, you can read our briefing note here.

In Wales, some farmers may be faced with six-figure sums to comply with the new rules aimed at tackling agriculture diffuse pollution in rivers. The stricter rules came in place in April 2021 and designated the whole of Wales as a ‘nitrate vulnerable zone’, previously only representing 2.4% of land area. Opposition parties view the rules as excessive despite previous efforts having failed to tackle river pollution.

The UN Food and Agriculture Organisation’s (FAO) recently launched ‘Global Assessment of Soil Pollution’ report made headlines this week, as it highlighted the major global threat soil pollution represents for food supplies unless urgent action is taken to accelerate the adoption of sustainable farming practices and tackle industrial waste.

On World Environment Day last weekend, the UN’s Decade of Ecosystem Restoration was launched. Running from 2021 to 2030, it reflects a timeline that scientists have identified as the last chance to prevent, halt and reverse the degradation of ecosystems worldwide.

McCain has pledged to only use regeneratively-farmed potatoes by 2030 in their 2020 Global Sustainability report ‘Together, Towards Planet-Friendly Food’. This transition will aim to restore and protect soil health and quality and will be looking at natural processes to control pests to encourage biodiversity.

Volunteers in the UK are seeking to control the Himalayan balsam, an invasive species from Kashmir, first introduced in Kew Gardens in 1981. The plant poses a threat to wildflowers growing along river banks and increases soil erosion. As it dies back it exposes soil along rivers, increasing sediment loss into waterways during times of heavy rainfall in wintertime.

The British Society of Soil Science’s short film Grounded, calling for soil restoration, has been selected for the 2021 Short Film Prize of the 11th edition of the International Environmental Film Festival (which commences the week starting 27th September) on the theme ‘Actions!’.

New research has discovered that only a few bacterial taxa found in ecosystems across the planet are responsible for over half of carbon cycling in soils. The data suggests that when it comes to important functions like soil respiration, it's a few common, abundant actors who make the most difference.