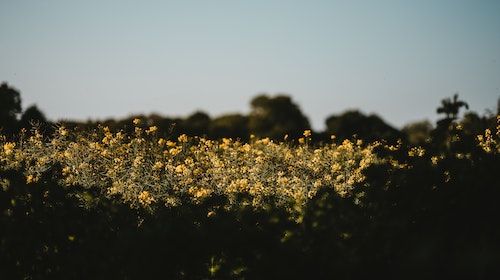 This week, England’s Environment Bill started its Report Stage in the House of Lords and two soil-related amendments were debated. On Monday, Peers voted to pass Amendment 2, moved by Baroness Bennet, which places soil as one of the Bill’s priority areas for the setting of long-term targets. On Thursday, Lord Caithness withdrew Amendment 18, on a soils management strategy for England, after Defra Minister Lord Goldsmith announced that a Soil Health Action Plan for England is to be introduced by the end of the year. The Sustainable Soils Alliance will be working with sister NGOs to hold the Government to account on this commitment. Thursday’s debate can be watched here with the announcement at 17.36.

New research reveals that soil loss by water erosion is projected to increase by 13–22.5 % in the EU and the UK by 2050. Whilst the research focuses on expected climatic and land use change projections, it notes that changes in future soil erosion rates are also driven by socio-economic development and farming choices, and can be modified through agro-environmental policies.

On Monday the CPRE countryside charity released a new report on the environmental and economic benefits of hedgerows. The report contains the Organic Research Centre’s independent research on the impact of increasing the extent of the UK's hedgerow network, including soil health benefits such as the prevention of soil erosion and increase in soil organic carbon. It calls for the government to set a target to increase the hedgerow network by 40% by 2050. George Eustice addressed the event, telling the audience that new announcements on soil will be made in the coming months.

The Food and Agriculture Organization of the United Nations (FAO) has launched two practical instruments designed to encourage soil organic carbon maintenance and sequestration. The first being a global map illustrating how much and where CO2 can be sequestered by soils and the second is a technical manual of good practices to sequester and maintain soil organic carbon stocks in soils.

The World Congress of the International Union for Conservation of Nature (IUCN) took place in Marseille this week. The largest biodiversity summit since the pandemic gathered thousands of scientists and conservation experts. The various live streams and press conferences are available to watch or rewatch online here.

A new research paper reviews the effects of manure management on soil biodiversity, highlighting that the current European regulations on manure disposal are scattered across different legislations and ignore soil biodiversity. The review reveals that manure quality is more important to soil biodiversity than manure quantity, which requires greater attention and more targeted policies.

An article in Wicked Leeks explores biodynamic whisky, carbon-negative rum and other evolutions in the sustainable drinks sector. This includes the Founder of Waterford Distillery discussing how “the healthiest possible soil equals the best flavour” when it comes to whisky.