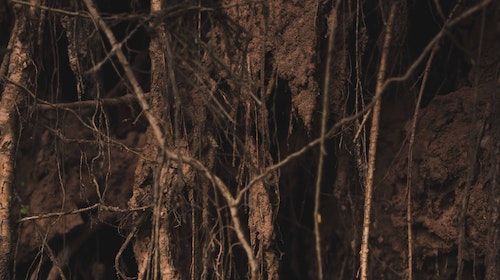 England’s Environment Bill went back to the House of Commons on Wednesday. The government has rejected almost all the changes made in the House of Lords, a huge disappointment to environmental campaigners on the eve of COP26. This includes Baroness Bennett’s amendment placing soil health as a priority area in the Bill, which we have been urging MPs to support. However, the pressure to get soils into the Environment Bill has secured a government commitment to publishing a Soil Health Action Plan for England (SHAPE).

This commitment to a Soil Health Action Plan was reiterated on Tuesday by Defra’s Parliamentary Under-Secretary of State Rebecca Pow, who published a written statement stating that the Action Plan will ensure England’s soil is sustainably managed by 2030 and will focus on preventing soil degradation and improving soil health.

In a debate that took place on the same day in the House of Commons around Regenerative Farming and Climate Change, Defra Minister Victoria Prentice highlighted that the SHAPE will include details on the development of a healthy soil indicators and a methodology for soil structure monitoring, as well as setting out the basics of a soil health monitoring scheme. The development and piloting of a UK farm and soil carbon code to create a market for carbon offsetting was also referred to during the debate, you can find out more about the code here.

The government has published the summary of responses it received for the Call for Evidence on Greenhouse Gas Removals. Many highlighted the potential of soil carbon sequestration and several stakeholders suggested the development of a Soil Carbon Code would ensure funding for nature-based solutions and land management practices that sequester soil carbon. You can read the SSA’s response here.

The government also acknowledged the risks to soil health from increased flooding and drought on Tuesday in its response to the Climate Change Committee’s 2021 Progress Report. The response also highlights the various actions Defra is considering to support land managers and farmers to achieve sustainable soil management which will help counter these risks.

This week the EU Soil Observatory (EUSO), an organisation that will support the delivery of EU policies on soils, ran its first stakeholder forum to reflect the challenges facing soil within the various strategies of the EU Green Deal and Horizon Europe’s proposed Mission on Soil Health and Food. EUSO will now form a number of Technical Working Groups to advise on the delivery of EU policies on soils.

The Ellen MacArthur Foundation has launched its ‘Big Food Redesign’ report, exploring the potential for global companies to support a transition to a ‘circular design for food’. The report highlights that whilst 75% of food and agriculture businesses have made public commitments, including some concerning soil health, only a handful have set out tangible plans to shift their entire value chains to a nature-positive food system.

The Food and Global Security Network published a report on the impact of food scarcity on peace, conflict and stability, and infrastructure and society. It focuses on the critical importance of soil health when it comes to addressing the various crises we face through the writings of 22 experts, from NGO leaders, scientists and practical farmers.