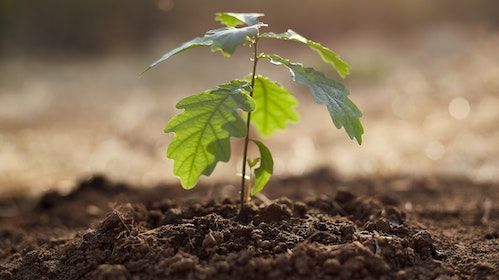 England’s Environment Bill went back to the House of Lords on Tuesday, where Baroness Bennett made another compelling case for soil to be properly recognised in the Bill after having her amendment rejected in the Commons last week. Unfortunately, the amendment will not go through, but our pressure and an impassioned Lords debate has secured a government commitment to publishing its Soil Health Action Plan for England (SHAPE) by the end of the year. You can read Baroness Bennett’s excellent article on the topic here.

MPs from the Environment, Food and Rural Affairs (EFRA) Committee are urging the Government to assess the risks of phasing out England direct farm payments in their new report published yesterday. ​​The lack of clear ambition, impact assessments and targets are strong concerns.

The Global Map of Salt-Affected Soils launched this Wednesday by the UN’s Food and Agriculture Organization (FAO) demonstrates that between 20-50% of irrigated soils in all continents have grown too salty to be fertile. These less productive soils are impacting over 1.5 billion people across the world.

The Nature Friendly Farming Network has published its ‘Rethink Farming’ report, introducing a practical guide for farming, nature and the climate.The actions presented highlight how nature-based solutions can help elevate our climate and biodiversity ambitions in seven areas where farming is integral, the first being soil. The report includes on-farm solutions farmers can apply to ensure soils are fertile and resilient.

The Sustain alliance have published the results from their farmer survey in a new report ‘Beyond the farmgate: Unlocking the path to farmer-focused supply chains and climate-friendly, agroecological food systems’. Many of those surveyed felt that changing supply chains would help them deliver a number of benefits, including soil management. Out of the 500 farmers surveyed, 55% said they would prefer selling to food hubs, with only 5% responding they would rather sell to a supermarket, processor or manufacturer.

New data released under the Freedom of Information law has revealed that government agencies including Forestry England are still buying peat-based compost despite the Environment Secretary announcing potential plans to ban the sale of peat-based compost earlier in the year.

The UK's first sustainable food and farming school in Newport opened its doors this week, a partnership between Harper Adams University, the National Farmers Union (NFU), Morrisons, and McDonald's UK. It is offering both undergraduate and short courses on regenerative farming methods for livestock, soil health, and biodiversity to help equip students with skills in climate-friendly food production.

Film-maker and environmentalist Jack Harries has released a YouTube series ‘Seat At The Table’ on his journey to the 2021 UN Climate Change Conference in Glasgow starting this Sunday. Episode two looks at food security, with ecological gardener Poppy Okotcha discussing how soil is a massive part of the climate change story and a visit to Aweside farm, a commercial regenerative farm restoring soil health in the UK.

We are hosting a second UK Farm Soil Carbon Code virtual stakeholder event on 16th November. The workshop will provide an opportunity for stakeholders to find out more about the progress on the Code’s creation, to discuss some of the scientific and practical issues at stake and give feedback on the Code programme as currently outlined. Register using this link.

It's also the last chance to apply for our Communications and Public Affairs Intern position (deadline is the 31st October)! The SSA is offering a paid internship ideally suited to someone looking to launch a career in environmental politics and communications and gain an understanding of how a small NGO works. You can find more and apply here.