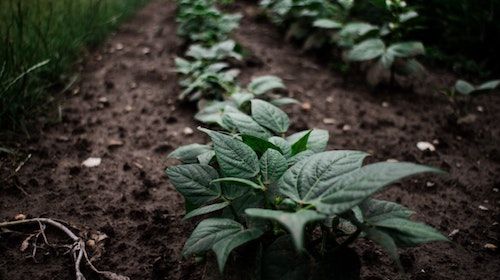 Last weekend at COP26, an alliance of 45 countries led by the United Kingdom committed to addressing the quickening destruction of ecosystems under the 'The Policy Action Agenda for the Transition to Sustainable Agriculture'. The UK government committed to engaging 75% of farmers in low carbon practices by 2030. While the majority of countries now refer to agriculture or land-use in their Nationally Determined Contributions (NDCs), specific targets and implementation roadmaps are lacking.

On Tuesday, Royal Assent was granted to England’s Environment Act 2021, the first in 26 years. The legislation aims to protect and enhance the environment for future generations and has greatly improved since it was first proposed in draft form in 2018, thanks to pressure from parliamentarians of all parties, businesses, NGOs and campaigners. Whilst a soil health target was not included due to a lack of previous nationwide monitoring – and therefore data upon which it premise a target, debates in the House of Lords secured a government commitment to publish its Soil Health Action Plan for England (SHAPE) by the end of the year.

Scotland has become the latest nation to sign up to the 4 per 1000 initiative, a legacy of COP21 in Paris, that supports the development and application of techniques to improve the health of agricultural soils, increasing their sustainability and capacity to store carbon.

On Saturday at COP26, WWF announced that Co-op, M&S, Sainsbury’s, Tesco and Waitrose pledge to slash their impact across climate, deforestation and nature by 2030 in the ‘Retailers Commitment for Nature’. The retailers committed to working with WWF to halve the environmental impact of UK Baskets by 2030.

The United Nations Convention to Combat Desertification (UNCCD) and the World Overview of Conservation Approaches and Technologies (WOCAT) have released their new publication ‘Restoring Life to the Land – The Role of Sustainable Land Management in Ecosystem Restoration’. The report highlights how Sustainable Land Management (including Integrated Soil Fertility Management) feeds directly into ecosystem restoration efforts, and showcases good practices under eight ecosystems from around the world.

A group of international organisations including the National Trust are calling on governments to ban the sale of peat products in horticulture, as part of their efforts to limit climate change. The call was made to coincide with the COP26 climate summit negotiations. Earlier in the year, the UK government stated it intends to ban the sale of peat compost to the public in England by 2024.

U+I  has published a series of blogs dedicated to soils and why they matter, with a particular focus on space, planning and urbanisation. This includes an interview with the SSA Executive co-Director Ellen Fay, explaining the progress made in UK policy in recent years and the urgent work that still needs to be done around soil.