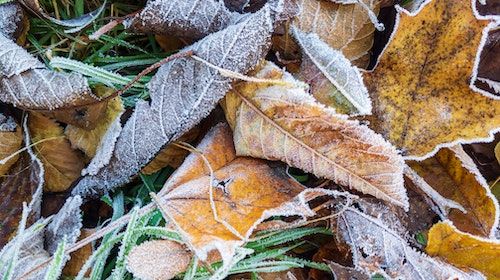 On Tuesday the European Parliament approved new reforms to the Common Agricultural Policy (CAP), the EU's farm subsidy programme, despite environmentalists denouncing its terms as "greenwashing". A new Good Agricultural and Environmental Condition (GAEC) on soil protection and quality has been added. The proposal will now go back to EU member states for a final vote, before officially going into effect.

An article in Farmers Weekly discusses the five issues needing to be resolved to trade natural capital as presented by Ben Gummer at the East of England Farming Conference in Peterborough. He urged farmers to engage as natural capital trading schemes are developed and get rewarded for understanding soil, carbon and biodiversity.

A handheld soil test sensor is being developed to give farmers and agronomists instant in-field results on the state of their soil. Whilst it will not be as accurate as a lab-based mass spectrometer tool, it will be significantly cheaper and deliver real-time information directly to a farmer's mobile phone.

A new study investigating the interactive effects of rising temperatures and a common livestock antibiotic on soil microbes reveals that heat and antibiotics disrupt soil microbial communities. These two factors cause bacteria to collapse, degrading soil microbe efficiency, resilience to future stress, and their ability to trap carbon.

On Wednesday, James Rebanks was on the BBC Radio 4 programme examining regenerative farming and if it could work on his Lake District farm. He begins with soil, with soil scientist Dan Evan’s giving insights into the impact of conventional farming on global soil erosion. James explores the history of conventional farming and the practices that can be adopted to restore soils on farms.

On a similar topic, the Soil Association has released a short video ‘Agroecology in Action’, demonstrating key farming practices for soil health, carbon capture, biodiversity and animal welfare. Soil Association Farming Advisor Kate Still takes us through these measures on site at farms in Somerset and Worcestershire.