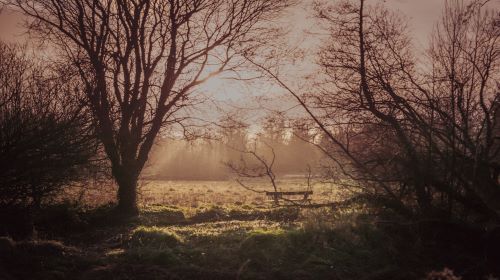 The UK government released its third Climate Change Risk Assessment, which estimates that by 2050 even under 2℃ of global warming climate change could cause over £1 billion of damage to the UK economy. Costs include the risk posed by climate change to UK soil health, particularly from increasing flooding and droughts. The report recommends investing in ‘soil monitoring’ and ‘soil-friendly farming practices’ to reduce such risks.

The House of Commons Environmental Audit Committee released a report on water quality in UK rivers. The report raises the issue of soil erosion, contributing to reductions in water quality due to agricultural waste being washed into rivers (diffuse pollution), and a need to prevent microplastics ending up in farmland soil as a means of reducing plastic pollution of rivers.

In response to feedback, Defra is moving to rolling applications for the Farming in Protected Landscapes programme, open until 2024. The programme aims to support farmers on land in National Parks, the Broads and Areas of Outstanding Natural Beauty, based on four themes; Climate, Nature, People, Place. Soil management is key to these themes being delivered, including reducing flood risk and increasing carbon storage. It is hoped rolling applications will align better with the farming calendar.

Ten new research programmes have been given the green-light and £500K of funding to help farmers reach Net Zero. Soil health is one of the five topics to be focused on in the programmes. Research will include the role of earthworms in soil to reduce disease, the storage of carbon in soil, and soil health benefits of adding organic material.

A new study demonstrates that farmers in the UK and Norway agree that soil erosion and the loss of soil structure, as well as industrial agriculture are key drivers in reducing soil quality. The study compared agricultural stakeholders’ (primarily farmers) views on the causes and solutions to decreasing soil quality, in both countries. UK farmers argued for investment in training, and better trust between them and regulators, as important solutions.

On Tuesday, Lidl GB announced its partnership with LEAF (Linking Environment and Farming) as part of its push towards increased sustainability. Lidl hopes for its fresh produce suppliers to gain LEAF Marque certification by the end of 2023, encouraging improved soil management to build “healthier and more productive soils”.

This week, a new report from the American Chemical Society has concluded that chemical pollution has gone past the safe limit for humanity. It showed that global production and use of chemicals, including pesticides, have increased faster than safety regulations can keep up and protect humans or the environment. The report also notes that due to the complex nature of soil, assumptions had to be made in the report which underestimated the chemical pollution of soils and what was a safe limit for humanity.

A research paper on microplastic digestion reveals that there is an increased risk to the male reproductive organs of earthworms from ingesting microplastics. This has further encouraged the European Commission to pursue its EU Plastics Strategy that puts in place measures to restrict microplastics in products.