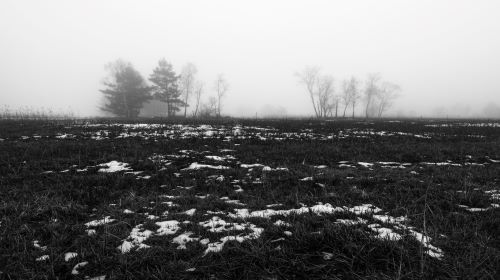 The Parliamentary Office for Science and Technology has published a new briefing on restoring agricultural soils. A key conclusion was that developments in soil monitoring technology are needed to simplify on-farm soil monitoring which will become key under the new Sustainable Farming Incentive (SFI). Concerns were raised about the SFI’s focus on outcomes rather than farming practices which could create issues for monitoring, since soils change over long-periods of time.

On Thursday, the House of Lords’ Committee on Science and Technology published a report on the potential role of nature-based solutions, including soils, on reaching net-zero. The Committee recommended establishing research programmes focused on land-sharing practices’ impact on soil carbon storage and sequestration. In September 2021, the SSA submitted a response to the Committee’s inquiry on behalf of the UK Farm Soil Carbon Consortium, available here.

Defra is undertaking a new drive to promote woodland creation by farmers. Payments of up to £10,000 are being offered to farmers to create woodland, which could help to reduce soil erosion, improve soil health and increase carbon sequestration.

Over 70 agricultural Ministers across the world met in Berlin this week to discuss land use and soil at the Global Forum for Food and Agriculture. The forum was hosted by the German Ministry of Agriculture and focused on soil quality and the forum’s subtitle ‘food security starts with soil’, referring to the fact that over 90% of the world’s food production depends on soil.

A UN report shows that the world’s farms are at breaking point, highlighting that soils are being eroded and degraded. The report by the UN’s Food and Agriculture Organisation (FAO) states that the “treatment of soils with inorganic fertilizers to increase or sustain yields has had significant adverse effects on soil health”and  notes that “wiser” use of soils could help reduce greenhouse gas emissions currently emitted by global agriculture.

A study in the UK has found there is potential for increased carbon sequestration by soil through the planting of hedgerows on farms. If England reaches its goal of increasing the length of hedgerows by 40%, between 5 and 6% of UK agricultural CO2 emissions may be offset every year.

A recent conference at Harper Adams University reviewed the results of a 10 year project looking at the impact of farm machinery and cultivation on soils, including ploughing. The ‘Carbon, Traffic and Tillage’ conference recognised the increased importance and appreciation of soil within agriculture, and the need to consider limiting as much as possible the future presence of tractors and machinery on fields.

Concerns have been raised about the impact of climate change on potential archaeological sites within peatland. Archaeologists at Hadrian’s Wall are worried that due to climate change, peatlands are drying out leaving archaeological sites and remains vulnerable to exposure and increased decomposition. In 2010, 22,500 sites were estimated to be at risk.
A study in the US found that the role of regenerative grazing may not capture as much carbon in soil as previously thought. The research shows that multi-species grasslands can help sequester carbon and lower conventional beef-production emissions by 66% but require 2.5 times more land.