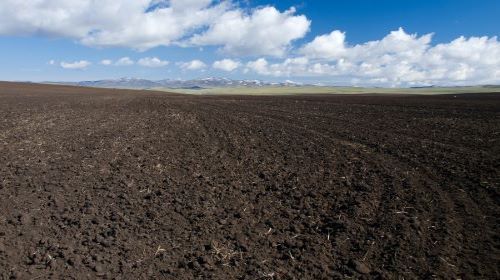 As part of the current Countryside Stewardship Schemes, Defra has released a new option for raising water levels for grasslands on peat soils. This option is aimed at preventing the degradation of lowland peat soils and reducing the amount of carbon dioxide released when peat soils are broken down as well as wider benefits to soil health. Farmers will be paid £417 per ha for this option.

A new report by the WWF,  Land of Plenty, outlines 10 ways in which agriculture and land use can help tackle climate change, including improving soil health. The report suggests the need for the wider adoption of farming techniques that help soil fix nitrogen, and restore soil carbon.

The UK government and devolved administrations have published provisional common frameworks setting out how they will work together on policy and regulations regarding several farming issues that affect soils. These issues include plant varieties, organic production, fertilisers, and pesticides.

Plans are being developed by the EU for carbon credits in farming and soil carbon sequestration by the end of the year. At a European Commission event, the French Agriculture Minister was prompted to express a hope that the EU Framework on the Certification of Credits will be published soon. The framework will set out common rules for defining and measuring carbon credits.

In England, a new e-learning programme has been launched offering training for staff of garden retailers on the best advice for peat-free products. The training was set up by the Horticultural Trade Association and the Garden Centre Association supported by Defra and should reach over 2,000 garden retail businesses, helping millions of customers avoid using products that damage peat soils, including those who purchase compost, which last year numbered 25 million adults.

Sustain and the ‘Fringe Farming’ UK-wide partnership has published a new ‘Fringe Farming’ report on farming on the fringes of urban settlements. It recommends that government planning policy prioritises grade 1 (Excellent Agricultural Land- no limitations to being used for farming) and 2 (Very Good Quality Agricultural Land- a few limits on certain types of crops that can be grown) soils for peri-urban and agroecological farming rather than other developments.

Research has found that grassland soils could be potential carbon sinks during wildfires. The study by the University of East Anglia found that charcoal produced by wildfires can have the ability to absorb carbon into soils. Wildfires across the globe between 1901 and 2010 saw a net loss of carbon from forests despite the role of charcoal, but grassland-savannas saw a net gain, suggesting different types of vegetation have an impact.

A new study discusses soil remediation processes and the impact of washing soil. The study reviews concerns around what metals remain or move into soils as a result of being washed by chemicals as part of remediation, and the ecological risks this poses.