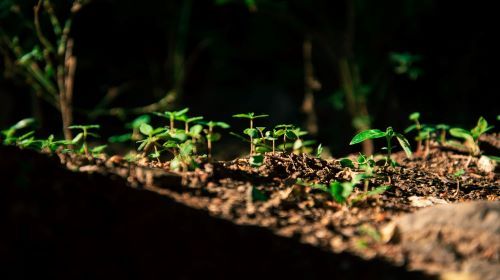 Defra points out that the Environmental Land Management schemes (ELMs), including the Sustainable Farming Incentive (SFI) and the latest soil standards, will not be exactly right in the beginning but require learning as it goes on. Gavin Ross, head of ELMs at Defra, stated at the AgriSustainability Talks, that the start of ELMs would not be where it finishes, partly in reaction to recent reports criticising ELMs. He also noted that the environmental metrics used in the schemes, especially soil carbon, will be based on proxy measurements due to the difficulty and unreliable nature of measuring.

Countryside Stewardship Scheme applications are now open and will pay more for farms to convert to organic agriculture. This is intended to protect soil health through rewarding farmers for various environmental actions. For those entering the scheme and going organic, payments are rising by between 46% and 500%.

A new research project has been awarded £10 million to design, implement and support policy in restoring landscapes, including drying peat soils in the Fens. The National Environmental Research Council (NERC) awarded the funding to the new Centre for Landscape Regeneration focusing on landscape restoration in the Fens, the Cairngorms, and the Lake District.

UK agronomy service, Agrii, has launched a National Soil Resilience Strategy. The Green Horizons Soil Resilience Strategy (SRS) is a research and development based soil service aimed at building soil resilience and better soil management, providing flexible laboratory and field-based soil assessments. It is hoped the strategy will help farmers make the most of the Sustainable Farming Incentive soil standards and payments.

Farmers in Dorset are taking responsibility to reduce nitrogen pollution from soils that end up in Poole harbour. In the Poole Harbour catchment, farmers by 2023 are expected to not allow nutrient losses on their farms to exceed 18.1kg per hectare annually of nitrogen. Nitrogen losses from soil have increased over several decades, and the amount of nitrogen going into Poole harbour has more than doubled since 1960.

A study in response to the EU’s Farm to Fork strategy and its aim of reducing fertiliser use by 20%, concludes that large amounts of phosphorus are being removed from agricultural soils. Phosphorus in agricultural soils is predominantly being lost from crop harvesting in comparison to the removal of crop residues like stalks and stubble. The study looked at phosphorus removal in 220 crops across the EU and the UK.

According to a new report by the ‘Sustainable economic and ecological grazing systems - learning from innovative practitioners’ project (SEEGSLIP), grassland pastures are important for soil and plants. Through maintaining and managing grasslands, interactions between soil and plants can develop, including fungi arising as the main microbial indicator of soil health.