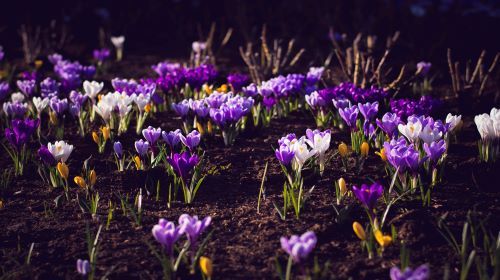 The Intergovernmental-Panel on Climate Change (IPCC) has warned that global warming will weaken soil health. In its latest report on the impacts, vulnerability and adaptation to climate change, the IPCC has highlighted that warmer climates could dry soils and reduce their health. It recognises that practices such as agroforestry and agroecology can help conserve soils and mitigate climate change.

Scotland's next steps towards Sustainable and Regenerative Farming were laid out a statement published this week. The statement set out a timetable for future farming policy developments, leading up to the launch of new agri-environmental schemes and legislation by 2025. A national testing programme which will include soil and other environmental credentials was highlighted and is expected to commence this year.

A joint NGO statement calls for a ban on the sale of peat in horticulture to save peatland soils. The statement, led by the Peat Free April campaign, the Wildlife Trusts and the National Trust, urges the government to implement a ‘fast and effective’ ban as soon as possible, rather than the 2024 ban suggested in Defra’s Peat Action Plan. It highlights that peat soils are crucial in nature recovery and ending needless CO2 emissions.

Prince Charles’ plan for a farming school, focused on traditional practices that may help soil health, was approved last week. The Dumfries mansion, owned by the Prince’s Foundation, will be converted into a farming college, helping people with a limited farming background gain skills in traditional farming practices. Practices will include hedge-laying which the Prince has noted as having the ability to sequester carbon and reduce soil erosion.

A new report on the links between soil health and nutritional density found improvements from farming techniques focused on soil health. The study showed that farms in the US that have been regeneratively farmed for 5 to 10 years, focused on no-till, cover crops and diverse rotation systems, produced higher soil organic matter levels and increased certain mineral and vitamin levels in food produced. Regenerative grazing practices also produced meat with better fatty acids than conventional practices.

A new study from the University of Illinois looked at applying machine-learning with spectroscopy to assess soil organic carbon. It concluded that mineral and organic soils are assessed differently, offering the possibility of large-scale monitoring of soil organic carbon on the surface of land using machine learning and electromagnetic radiation emissions.

A BBC article explores how a sound artist has listened to the sound of soils and recorded their noises. Marcus Maeder uses a microphone to listen to the noises of small organisms in the soils, like springtails that drum, sing and tap to get one another’s attention, through his headphones. He has found that soil is noisy, revealing all the activity going on underneath us.

An article in Wicked Leeks poses the question of whether veganism is best for soils and farmers. The question was asked by some of the magazine’s readers, and in response, the writer notes that regenerative meat and dairy farming can help soil health, but it is a complex issue and ultimately it is important to consider soil health in all our food choices.