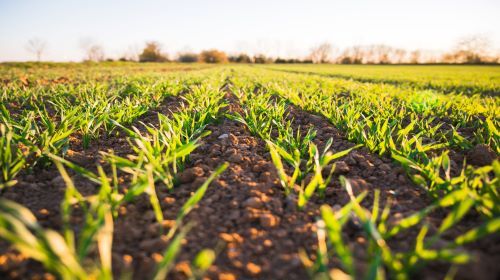 Northern Ireland has opened its £45million Soil Nutrient Health Scheme (SNHS). Over four years, the SNHS aims to improve the nutrient health of soils across Northern Ireland as well as estimate farm carbon stocks. The scheme will be rolled-out using zones and be delivered by the Agri-Food Biotechnology Institute (AFBI).

On Wednesday, the second meeting of the UK Agricultural Partnership was held in Northern Ireland and focused on soil health. The meeting sought to share knowledge and best practice around soils between England and the devolved nations. It was attended by ministers, soil scientists and NGOs. The SSA spoke at the meeting on the issue of soil carbon and the UK Farm Soil Carbon Code.

Post-Brexit UK agricultural policy including reforms focused on protecting soils are examined in a new report, ‘Agriculture after Brexit’, by the Institute for Government (IfG). The report expresses concerns that the new subsidy regime including the Sustainable Farming Incentives’ soil standards could result in a limited change from the EU Common Agricultural Policy (CAP) due to ‘over-tailoring’ to farmers.

As a result of the war in Ukraine, the EU Commission has halted the release of its Nature Protection Package, which included measures impacting soil health. The package, part of the Farm to Fork Strategy and was scheduled to be announced this week. It planned to establish a binding 50% reduction in pesticide use across the EU. EU food security concerns have put this on hold.

In the UK, two opinion pieces in the Guardian explored the merits of rewilding vs agroecological farming in light of the war in Ukraine increasing input cost and the price of wheat. The first, by George Monbiot, argued rewilding should not be halted as it is crucial in preventing ecological collapse and wider food security. In response, Sue Pritchard, CEO of the Food, Farming and Countryside Commission warned that such arguments could place farmers against environmentalists, yet agroecological farming can offer ways of combining food production alongside rewilding.

Estates in East Anglia are now seeking to take up regenerative agriculture and improve their soils. Lord Hugh Somerlyton is combining rewilding with nature-friendly farming, including allowing the soil to breathe with less ploughing and leaving least productive fields to nature, on his 5,000 acre Suffolk estate. He also set up WildEast, aimed at rewilding 250,000 acres of East Anglia.

Soil governance of several countries is reviewed by a new study. The study came up with five levels in which to assess how effective countries were governing their soils, including enforcement of soil protection, new approaches to soil governance and setting an example to other countries. Wales was concluded as being a standard-bearer for soil governance with it protecting the future of soil through the Wellbeing of Future Generations Act.