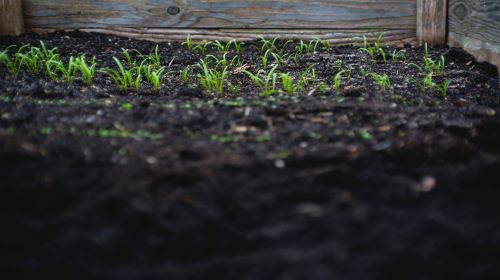 In England, Defra has announced several actions to support farmers in the face of the growing costs of gas-dependent fertilisers, including guidance clarifying the Farming Rules for Water on the use of manure and slurry which has been published. Defra will be hosting a roundtable next week with stakeholders including the National Farmers Union (NFU) to discuss the pressures farmers are facing and potential solutions.

On Wednesday, Defra published new guidance on the Sustainable Farming Incentive (SFI), including more details on the Arable and Horticulture, and Improved Grasslands soils standards. The payment rates are unchanged from rates published in December. Organic farms are encouraged to undertake the intermediate soils standards, while a timetable for further standards and levels to be added was published including the advanced level for the soils standards which is expected in 2023.

Environmental NGOs have highlighted that the horticultural sector is not doing enough to end the environmentally and climate-damaging practice of selling peat soils, however, the Horticultural Trade Association has argued in response to a government consultation on a peat ban that the sector has already pledged to end sales of peat between 2025 and 2028, and a ban is unnecessary. On Monday 4th April, Tesco will start growing its bedding plants in peat free soils, with the aim of cutting its use of peat by 95% for bedding plants.

Turkey has had a $341.27million loan approved by the World Bank to support green agriculture. This support aims to improve the collection and use of data for 14 million hectares of soil. It aims to help reduce carbon emissions with agricultural expansion in Turkey contributing 13% of the country's total GHG emissions.

Riverford Organic Farmers, is launching a planet fund to help reduce emissions and improve ecosystems including soils. Innovative plans to sequester carbon through soils, by farms that supply Riverford, will be funded as part of biodiversity improvements. The Fund is initially starting with £1.8million from the company's profits and will go towards environmental projects which the company does not view as part of its basic business operations like electric vans.

Joint research between Liverpool and Xi’an Jiaotong Universities has found a correlation between soil mineral health and covid-19 outcomes. Areas with low soil mineral contents (a lack of key trace elements such as zinc, copper, and selenium) had higher mortality rates from Covid-19. The researchers do caution that the link between zinc deficiency and an increased risk of death from covid is still to be verified.

A study concludes that soil microorganisms respond to global warming by producing less protein. Samples of soil microorganisms from different years were compared and their RNA was focused on. The number of microorganisms did not reduce, but their enzymes worked faster in warmer climates resulting in more carbon being released from soils into the atmosphere.