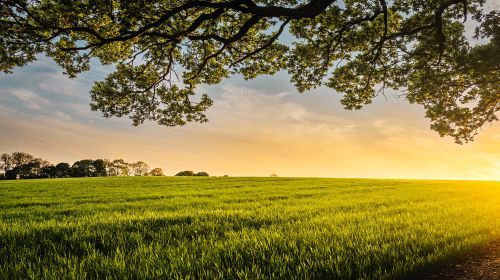 The Intergovernmental Panel on Climate Change (IPCC) has published its third working group report 'Climate Change 2022: Mitigation of Climate Change', providing an updated global assessment of climate change mitigation progress and pledges, and examining the sources of global emissions. It recognises the role of soil carbon sequestration in mitigating climate change and highlights that soil organic carbon management would be an effective means of carbon dioxide removal since it is a widely-spread practise compared to other techniques. It was also noted to offer multiple ecosystem benefits.

The Welsh government has announced a £227million fund for the Welsh rural economy and agriculture. The fund will be used to enable farm-scale land management, on-farm environmental improvements, and landscape-scale land management including the use of nature-based solutions. The funding is designed to support the change needed as part of the Welsh government’s 10 years of action on climate change and will complement the development of the Sustainable Farming Scheme.

Farmers and the National Farmers’ Union (NFU) warn the UK is “sleepwalking” into a food crisis, with fuel, feed and fertiliser needed to manage soils and produce food, growing in cost. Mark Culley, the NFU’s Crops Board Chairman, argues the government is too focused on rewilding compared to food production, with the Sustainable Farming Incentive (SFI) focused on land and local nature recovery.

The US is facing shortages of manure with increased demand due to high fertiliser prices. Manure is being used as an alternative to fertiliser in order to add nitrogen to the soils so they can grow crops. In Nebraska, the price of manure has gone from $5-8 to $11-14 per ton. This is raising concerns for global food security, especially as US wheat reserves are at a 14 year low.

The Sustainable Food Trust argues green hydrogen is not the solution to fertiliser shortages and soil health. Instead, the Trust encourages a move away from synthetic and hydrogen-produced ammonia fertilisers that it says are detrimental to environmental and human health. Agroecology, the Trust believes, offers farms natural methods, like cover crops, for nutrient cycling to improve soils.

A study finds that adding phosphorus to grasslands can help reduce emissions. Through enriching phosphorus levels on temperate grasslands, soils are encouraged to breathe and can reduce nitrous oxide emissions that contribute to climate change. This also offers a way to reduce the need for nitrogen fertiliser, increasing food security.

Soil Scientist, Marie Schaedel, explains her latest research on the role of legume nodules in the soil. Legume root tip or nodule encouraged more microbes in the soil compared to non-legume plants such as grasses. The reason for legumes having this impact on microbes is not clear, and Schaedel concludes that there is a need for more research into the legume microbiome.

In the Guardian’s long-running series in which readers answer other readers’ questions on a range of subjects, readers last week discussed what happens to soils under heavily-concreted environments. Tim O’Hare from TOA consultancy and SSA advisor, noted that in some cases, cracks in the concrete reconnects the soil to the surface and atmosphere, which enable organisms including earthworms to return to the soil.

A Wicked Leeks poll finds that 39.4% of readers believe that veganism can be best for soils and farmers. The poll follows a reader’s question on what benefits British farmers most – being vegan or not and what benefits the soil most? Staff writer Jack Thompson highlights that impacts to soil health do not just depend on what you buy but how it is grown.