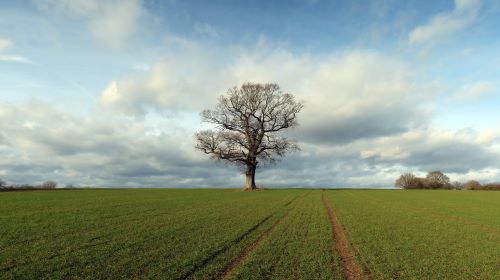 A Guardian exclusive highlights that the number of Farming Rules for Water violations have reached their highest level since being introduced. The rules were introduced in 2018, but this year saw violations increase where farms had or risked polluting waterways, often through poor soil health and management leading to contaminated water runoff. There are concerns the Environment Agency is unable to enforce these rules strongly enough to prevent a rise in violations.

The National Farmers’ Union (NFU) and the environmental NGO, Green Alliance, are divided on the way forward for the Environmental Land Management Schemes (ELMS) for farming and reaching net-zero. For the NFU, there is a worry that reductions in the Basic Payment Scheme (BPS), where farms are paid for the amount of land they farm, could put farms out of business, leading them to seek a delay to the ELMS until 2025. However, a recent analysis by the Green Alliance warns that delaying ELMS would lead to only half of the possible agricultural emission savings in 2035.

Levelling up the rural economy, is the focus of a new report by the All-Party Parliamentary Group on the Rural Powerhouse. The report suggests the need for better communication by Defra to farmers and for farm businesses to have access to high-quality advice to support the Sustainable Farming Incentive (SFI) and its soils standards, as well as the wider Agricultural Transition Period (ATP).

According to a UN report, 40% of land in the world is degraded. Degraded land includes not only deserts or destroyed rainforests but also intensely farmed areas and areas of stripped vegetation. The report urges action, as an area the size of South America will be added to current levels of degraded land by 2050 without change.

An article in The Grocer this week focuses on the state of our soils, highlighting soils vital role in food protuction and its current degradation. The article also mentions the SSA’s 'Soil in the UK Supply Chain' report and the launch of the Soil Health Industry Platform (SHIP) to ensure UK retailers and manufactures adopt a more ambitious, strategic and collaborative approach to soil health. So far, Tesco, Morrisons, Sainsbury’s, Waitrose, Kellogg’s, Nestlé and Yeo Valley have committed to the Platform.

On Friday last week, the UN Food and Agriculture Organisation (FAO) launched the International Network on Soil Pollution (INSOP). The network aims to encourage and facilitate knowledge sharing between countries, organisations, and communities on tackling soil pollution. It is estimated that there are 2.2million soil polluted sites in Europe alone, due to waste products, toxic minerals and chemicals, and agricultural use.

The New Generation Thinkers for 2022 have been announced including Dr Jim Scowen, who will focus on soil and how it has come to be seen as dirt. Dr Jim Scowen will now have the opportunity to produce public-facing programmes on BBC Radio 3 and receive training from the Arts and Humanities Research Council (ARHC) to develop the ability to share research with his focus on soil communication.

A study looks at the methodology and indicators needed to identify farms as ‘Living Labs’ that will inspire other farms to improve whole-farm ecosystems, including soils. Soil, through improved soil health, was identified as important in providing ecosystem services which farms can demonstrate. Part of this research was aimed at supporting changes in the EU Common Agricultural Policy.

Research by Sheffield University models how rock dust can help soils absorb large amounts of CO2 and lower emissions. According to the study, enhanced rock weathering could achieve net carbon dioxide removal of the 45% of CO2 in the atmosphere needed to reach net-zero by 2050. Rock weathering involves applying rock dust to soils.