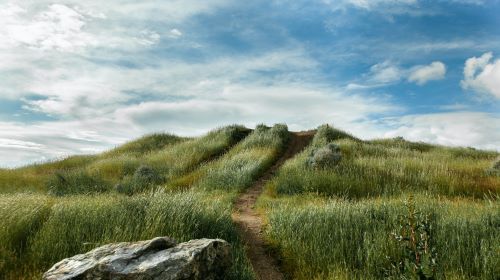 The Scottish government has released guidance for farmers to help prepare for future farming policy. It is the first track of the National Testing Programme which aims to help the government develop an agri-environmental subsidy scheme by 2025. This will provide over 50% of government agricultural subsidies to farmers. The guidance sets out how farmers can make financial claims by undertaking soil sampling and carbon audits on their farms.

A law requiring local authorities to protect wetlands and waterways from nutrient pollution has been blamed for preventing new homes from being built. Nevertheless agricultural land has seen higher water nutrient pollution and water quality violations, raising concerns about enforcement. The Home Builders Federation argues that 120,000 homes are being prevented from being built by the law, primarily in important wetland areas such as the Eden Valley in Cumbria and the River Camel in Cornwall.

The Republic of Ireland has committed €2.5million for EU research into soil, agri-information communication technologies (ICT)and agri-food research. €1.5million of these funds is going to the EU Joint Programme on agricultural-soil research, helping coordinate EU soil research and focused on providing knowledge around farm practices and soil health that contribute to climate mitigation and adaptation.

An article in the Parliamentary and Scientific Committee journal highlights the role soil carbon can play in mitigating climate change. The article notes that soil carbon sequestration can reduce additional carbon emissions, but it warns that soil carbon is not a ‘quick fix’ and has been overestimated in its ability to store large amounts of carbon. It urges that soil carbon does not distract from the need to reduce fossil fuel emissions from burning them.

A new study compares different tillage techniques and their impacts on soil carbon and Nitrate Oxide emissions. Non-conventional tillage techniques, including no-till and straw mulch with conventional tillage, were found to increase soil carbon. Stubble-return with no-till was concluded as the most effective and efficient tillage-technique in increasing yields whilst improving soil carbon and not heavily affected nitrate Oxide emissions.

An article in Wicked Leeks highlights the importance of locally-sourced British beans, both for our diet but also for the environment. Legumes and pulses are diverse, providing a variety to a diet and, but legumes also help improve soil health through fixing nitrogen. Due to the rising cost of synthetic fertilisers, this is increasingly necessary. British beans and peas help cut our reliance on overstretched global food chains.