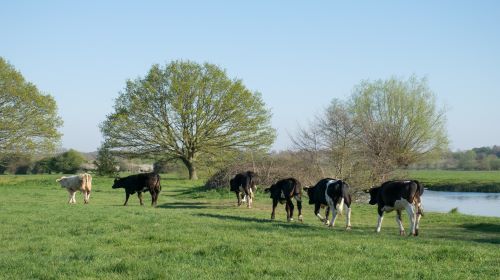 The Office for Environment Protection (OEP) warns that the UK is fast approaching its environmental tipping points. The OEP was set up in 2021 by the government to independently hold public bodies to account for improving the environment. Tipping points include poor soil conditions, loss of wildlife, and river pollution. To prevent these tipping points, the OEP identified six ‘building blocks’ such as commitment to action by government departments and a stocktake of the state of nature, requiring improved monitoring of soils.

Defra is bringing Basic Payments (BPS) forward for farmers. BPS pays farmers for the amount of land they own and use to farm. Now Defra is to pay BPS in two instalments, one upfront in July and another in December to help farmers have money available to afford the increasing costs of fertiliser, fuel and feed. The Sustainable Farming Incentive (SFI) soils standards are already planned to be paid in quarterly instalments, ensuring farms have cash regularly available.

Consumer group Unilever alongside the insurer AXA, plan to invest €100 million into a €1 billion regenerative agriculture fund, managed by Tikehau capital. The fund will be dedicated to mitigating climate change and scaling up regenerative agriculture. Both schemes hope to improve soil health and increase the carbon sequestered by soils.

The Sustainable Food Trust takes a look at the need for food education to start with farms. They argue cookery classes, often known as home economics, need to start with farms since that is where the food system begins. It is also important since many children will become adults in a world where poor soil resilience and crop failures will be more likely. The demonstration farm, FarmED, in Oxfordshire is already helping support children learn about farms and their role in facing climate change.

Rising farm costs are causing stress and anxiety amongst farmers a study reveals? while good crops are growing. Farm businesses are stressed about various impacts of high fertiliser prices, labour shortages and other costs. Nevertheless, the Spring and summer growing seasons have seen good crop conditions, with high winds reducing disease and dampness.

A new study looks at the role and impact of multi-species herbal and legume leys in arable rotations. Multi-species leys are cover crops that consist of multiple different types of herbs, grasses and legumes which can be left in a field between 1 to 4 years and grazed by livestock. The study found that they can increase soil carbon, improve soil structure and reduce nitrogen fertiliser use. It also suggested further research into the potential for multi-species leys to underpin agricultural policy.

Soil analysis finds heavy metal contamination in UK churchyards. Dangerous metals like lead are present in several UK churchyards, according to a study that undertook a fluorescent x-ray of the soils in two churchyards, one in Staffordshire and another in Norfolk. These soil metals could have repercussions for the health of local communities and future developments in churchyards.