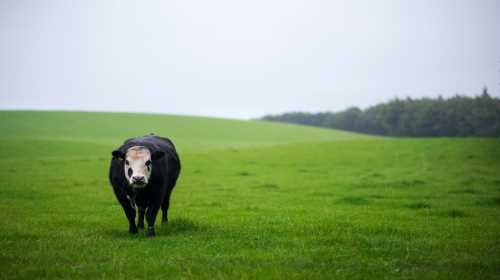 On Thursday, the Sustainable Farming Incentive (SFI) opened to applications. Farmers are now able to apply to the Arable and Horticultural and the Improve grassland Soil Standards with a payment per hectare in return for several actions related to soil health and sustainability including soil organic matter tests and winter cover. The application window is rolling, so farmers can apply whenever they wish to with no end date. SFI agreements will last for three years.

The UK Climate Change Commission published its 2022 progress to Parliament, tracking the performance of the government’s work towards net zero. It concluded Defra needed to ‘set out a Net Zero delivery strategy for the agriculture and land-use sectors that brings together how the land can deliver multiple functions’ like sequestering carbon, adapting to climate change, and food security.

George Eustice, the Secretary of State for Defra, has announced that the UK is signing up to the global Sustainable Productivity Growth coalition, led by the US and focused on sustainable agriculture. The coalition aims to share and partner on innovation and technology in agriculture, with members of the coalition including the EU, Australia and Brazil. It was established following the UN Food Summit in 2021.

At the Devon County Show, George Eustice announced that £12.5million from the £270million new Farming Innovation Programme is earmarked for Sustainable Farm-based Protein. This includes efforts to improve the impact of livestock on the environment, with investment in technologies such as feed additives to reduce methane emissions.

The Scottish government has announced support and funding for innovation as well as improving equality in agriculture. Over £200 million is to be provided to innovative projects such as greenhouse gas reductions for livestock. Further funding is being provided to support women and young people in agriculture, with £400,000 being delivered through a Women in Practical Agricultural Training Fund. It is hoped this will boost women’s involvement in agriculture and its tackling of both climate change and biodiversity loss.

Rothamsted Research Centre has released a study finding that nature-based farming can reduce fertiliser use. The research was undertaken on over 30 farm trials and used legumes and manure-based compost to improve soil organic matter which added nitrogen and created better soil structure.

According to a new study, soil quality is key to crop production and resilience to climate change. An international team of experts undertook a study in China and found that improving soil quality could reduce by as much as 20%, the drop in crop yields caused by climate change. Professor Tim Benton of the Royal Institute of International Affairs highlighted that this study shows that good quality soil can help enhance yields, sequester carbon and improve soil biodiversity.