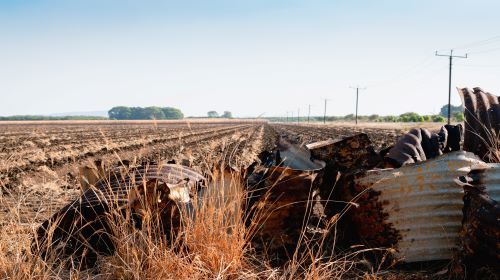 Defra has announced support for farmers facing the impact of drought and the dry weather. Soils have hardened and grass for grazing animals has not grown substantially. Support from Defra includes relaxing rules around areas that farmers are not supposed to cut or graze land under agreements. Guidance has also been provided for farmers.

The Welsh government has opened an online survey on its Sustainable Farming Scheme plans. Welsh farmers are being encouraged to contribute to the survey to help the government develop the scheme. The survey will run until the end of October.

Farmers are urging the government and the Conservative leadership candidates to set out plans to build more reservoirs. The drought across England and Wales has left many reservoirs dry while soils need irrigation as they are drying, making it harder to harvest crops without damaging soils further. Farmers hope future planning policy includes plans for more reservoirs to help them face these droughts.

A new report by the Green Alliance argues that the government should pay farmers to protect nature, support soil health and promote biodiversity. The report looks at what a land-use framework in England should focus on. It suggests that the government should support farmers to take their least productive land out of production and convert it into natural habitat, which they argue can nurture healthy soils

Whilst the drought is showing the ‘demoralising’ impact of climate change on the UK, an article Wicked Leeks looks at how regenerative farming offers a way of protecting soils and building resilience in farming to face drought.

Research studying soils on First World War battlefields raises the possibility that the war in Ukraine could prevent the growing of crops for many years. Through the shells and ammunition used on the battlefields, soils have become heavily contaminated with lead, reducing crop yields and health. It has raised concerns that a similar impact could be expected in fields across Ukraine that have experienced shelling, with crops not able to be grown for over 100 years.

An investigation into plastic pollution is looking at the scale of soil contamination by microplastics. The use of plastics in agriculture has been increasing over recent years and this is expected to have had a detrimental impact on soils, with microplastics often taking over 300 years to decompose. They also alter the characteristics of soil including structure and microorganisms.