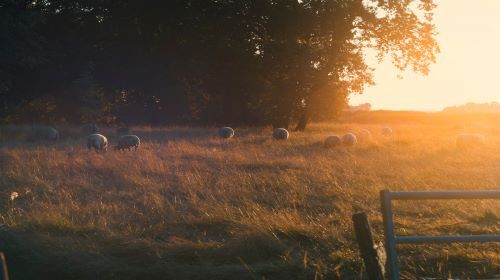 The Energy and Climate Intelligence Unit have found that carbon offsetting markets could benefit the poorest farms in the UK the most. Their analysis shows that a £700 million carbon market, where companies pay farms to offset their emissions through soils and vegetation would offer poorer farms a major opportunity, especially with public funding for farm environmental measures of £2.8billion set to be made available by 2028.

Growing costs are preventing farmers from taking action on climate change. 37% of farmers who took part in the NatWest survey, said that they were not able to deliver climate action plans this year due to inflationary costs. Despite this, most actions were focused on energy-efficiency and may not impact work on soil health.

Teagasc researcher argues that oilseed rape is not a solution to soil compaction. Despite oilseed rape having a long-tap root, it does not often break through compacted soil, but instead takes a different direction. Instead, research scientist Dermot Forristal suggests farmers take direct actions to reduce and prevent soil compaction.

A review considers how soil is heavily connected to human health. With soil containing many pathogens and microbiomes, it is a key part of the ‘one health’. One health is the concept that human health is not isolated but connected to animal, plant, and environmental health. The review considers the different ways soil microbiomes affect this one health.

A new book by the CEO of Compassion in World Farming, Philip Lymbery, takes a look at industrial agriculture and its impact on the environment including soils. The book, Sixty Harvests Left, also considers positive actions by pioneering farms to prevent the situation of only sixty harvests left, which the UN has warned.

Researchers conclude that alfalfa should be the first plant grown on Mars. Due to the low nutrient content of Martian soil and the high salinity of its water, alfalfa is best suited to this environment for direct cultivation.