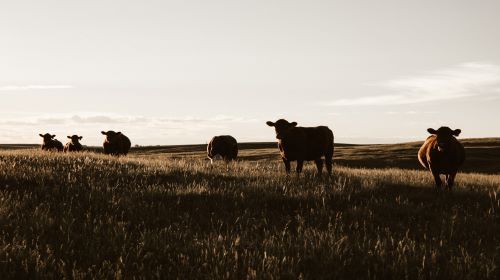 Fears of drought and its impact on soils coupled with high gas prices could cause food shortages this winter. A continued lack of rainfall has meant that soils have not softened, preventing farmers from drilling crops. The Centre for Ecology and Hydrology has warned that through the key sowing period of September rainfall is still unlikely to have much impact on dry soils. This is expected to limit the availability of fresh fruit and vegetables during winter.

Scientists warn that ‘multi-breadbasket failures’ are likely due to climate change and global conflict. Zia Mehrabi, assistant professor in the department of environmental studies at the University of Colorado Boulder in the USA argues that climate change poses a real threat to our food systems, with disastrous droughts, heatwaves and floods cutting harvest forecasts across crop-producing regions this summer.

Parliament’s Environment, Food and Rural Affairs select committee has recently published responses to its Call for Evidence on the progress of the Environmental Land Management Schemes (ELMS). The SSA gave a response, where we welcomed the early emphasis on soil and highlighted areas of concern.

A task force based at Lancaster University has been set up to look at how construction can avoid ‘costing the earth’. It plans to focus on the construction industries’ use and approaches to soils, with millions of tons of soil ending up in landfill every year from construction sites. The task force aims to create a plan for a healthy respect of soil at the centre of construction and planning.

Warming soils in the midwest of the US due to climate change are being increasingly plagued by corn earworms. Research by North Carolina State University has shown that the rising temperatures of soils is allowing the corn earworms which usually only live in regions below 40 degrees latitude, to spread into new areas. The earworm ravages crops like maize, cotton, soya and other vegetables.

Grist magazine, focused on environmental news and commentary, argues that perennial wheat could be key to restoring soil health. A particular perennial (lasting for a long time) grain, kernza, has been experimented with by some US farmers. Perennial wheats are argued as being better at pulling in more carbon and keeping it deeper in soils feeding microbes like fungi. Kernza is already in beer and bread, and other perennials are spreading.

The University of Virginia has developed a method of 3D printing with seed-planted soils which could create walls and roofs to build houses. Planting seeds in soil bricks makes them grow and expand -allowing the wall to get higher and form architectural structures. This technology has the potential to provide low-emission construction materials.