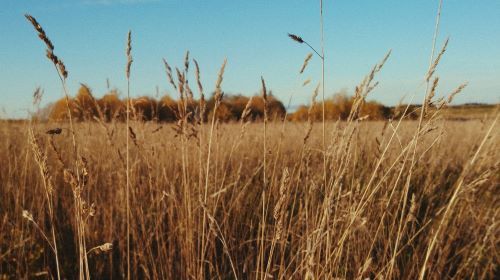 Organic September has been underway this month in the UK, arguing that if ‘nature could talk, it would vote for organic’. The Organic September campaign has been taking place during a period of national mourning and the cost of living crisis, but it has been seeking to promote organic food, textiles and beauty, highlighting how organic practices have supported nature including pollinators and reduced soil pollution from pesticides.

Due to droughts drying soils and reducing yields, alongside the conflict in Ukraine disrupting the wheat trade, Argentina is moving towards a reliance on genetically modified wheat crops (GMO). In 2020, Argentina approved the use of HB4, a GMO wheat strain aimed at withstanding drought using a single gene from sunflowers. It argues the recent crises are softening other countries to accept exports of GM wheat, with Brazil this year approving the use of HB4 wheat flour.

There is growing public anger in the US over the use of sewage sludge as fertiliser for soils in agriculture. Anger has grown in response to concerns that PFAS chemicals, better known as ‘forever chemicals’, are contained within sewage sludge and are contaminating soils. Maine and Michigan have already brought on restrictions and bans on the use of the sludge, but organisations including the climate action group Sierra Club are now trying to organise in other States to ban the use.

Rothamsted Research has highlighted that moving pastures in the South West of the UK to crops would produce low yields due to the soils. Planting crops would be almost impossible in the planting season between October and December, as the workability of soils would be a major constraint. Workability refers to the ability of soils to support being ploughed. This would result in crop yield reductions of 20-24% at some points.

Oregon State University has been granted $50 million to help improve soil health and the sustainability of potato production. The grant has been provided by the US Department for Agriculture and aims for the university to work with potato farmers in the US over 5 years to implement soil health-building practices.

In order to understand the potential role of soils in reducing emissions, the US Department of Energy is funding a three-year project to understand fungal-bacterial interactions. The project based at the University of Hawaii will consider the effect of the interactions on nutrients such as carbon and nitrogen.

Use of rock dust to increase carbon storage by soils has been found to potentially damage peat soils. ‘Enhanced weathering’ which involves using rock dust to help soils capture more carbon, is likely to result in more carbon dioxide emissions entering the atmosphere through coastal waters as a result of increased soil acidity, according to research.