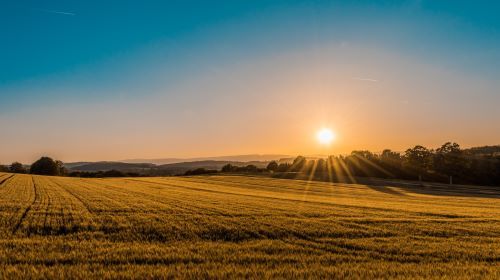 An analysis by the Agriculture and Horticulture Development Board (AHDB) has found that the Sustainable Farming Incentive (SFI) soil standards will not attract enough farmers with the current payment rates. The SFI is offering between £22 and £40 per hectare for actions on arable and horticultural soils, while for improved grassland soils farmers can expect £28 or £58 per hectare. The AHDB shows this will leave farmers with a net profit of less than half of the total payments, which it says will not attract farmers enough to achieve Defra’s target of 70% farms involved in the scheme.

Regulations on carbon farming are close to being accepted by the EU. The Council of the EU Ministers has approved the EU Commission's initiative to encourage agricultural practices that help to capture carbon from the atmosphere and store it in soils. The implementation of these practices in agriculture is expected to save 42 million tons of CO2 in the EU by 2030.

Earlier in the month, the UK Farm Soil Carbon Code (UKFSCC) Consortium hosted the third in its series of workshops to share with stakeholders the progress made in developing the Code and research projects that lie behind it. A report summary and recording of the workshop are now available here as well as a short survey for stakeholders to share their feedback on the Code.

A study comparing existing prairie land with neighbouring agricultural land in the US Mid-west found that an estimated 57.6 trillion metric tons of topsoil has been eroded over 150 years. The study estimates that the rate of historical soil erosion has averaged 1.8 to 1.2mm every year. This is three times higher than the US Department of Agriculture (USDA) estimates, resulting in the conclusion that is an urgent need for conservation practices.

The US Guardian has produced an interactive article showing how our food systems are not ready for climate change. It highlights the ways in which our diets are increasingly the same across the world, reliant on the same staple foods. Such foods lack varieties, putting them at risk from large-scale disease but also leading to poor soil fertility due to their short-term time in soils.

Biocrusts that help protect soils are declining due to climate change. A study of biocrusts, which are made up of lichen, moss and cyanobacteria on the surface of the soil, saw a decline in the diversity of lichen in hotter temperatures. Lichen as part of biocrusts plays a key role in helping keep the soil underneath it moist and protected from erosion, as well as drawing air-borne nitrogen into the soil.

With the Easter holidays this weekend, an article in Wicked Leeks has highlighted the lives of cocoa farmers behind our chocolate eggs. Ghanian farmer, Bismarck Kpabitey, writes about the impacts of how changing weather patterns resulted in losses of up to 80% of farmers' income. He noted that farmers have been able to face these problems by testing soil pH levels and use mulch as well as agroforestry with fair trade funding.